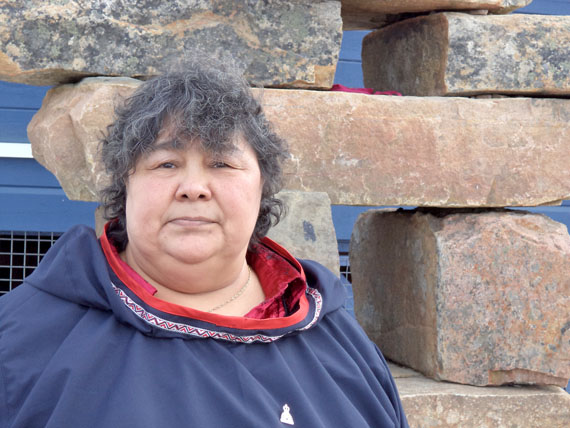 Iqaluit West MLA Monica Ell, who is also Nunavut’s minister responsible for homelessness, wants her fellow ministers and MLAs to join her Feb. 28 for lunch at Iqaluit’s soup kitchen — to call attention to the territory’s “alarming” numbers of homeless residents. (FILE PHOTO)

Ell asked the Government of Nunavut’s ministers and regular MLAs to join her for lunch at the Qayuqtuvik Soup Kitchen in Iqaluit Feb. 28 for lunch.

The goal of her invitation: “to help raise awareness around the challenges faced by at-risk and homeless Nunavummiut who live in Iqaluit, and how essential the various services and agencies are to their well-being and to the health of our communities,” Ell said.

The number of homeless people in Nunavut is “alarming,” said Ell, who represents the riding of Iqaluit West.

More than 1,200 Nunavummiut are homeless, she said.

Overcrowding in the territory’s homes presents an additional challenge to Nunavut residents who don’t have a home to call their own, she said.

The Qayuqtuvik Soup Kitchen opened in 2009. Since then, it has served more than 60,000 meals to people who are homeless or at-risk of becoming homeless.

The soup kitchen serves approximately 60 to 80 people per day for lunch five times a week and for dinner on the weekends, Ell noted.

Iqaluit organizations such as the soup kitchen, Niqinik Nuatsivik Nunavut Food Bank, Tukisigiarvik Society Friendship Centre and Iqaluit’s two homeless shelters, The Sivummut House for women and children and the Uquutaq Men’s Shelter, cannot survive without the support and commitment of community members, she said.

“I encourage you to join me on this day to show our support to the agencies whose existence is crucial to providing assistance to Nunavummiut experiencing homelessness, and to recognize the Government of Nunavut’s commitment in helping our partners in the fight against homelessness,” Ell told the assembly.