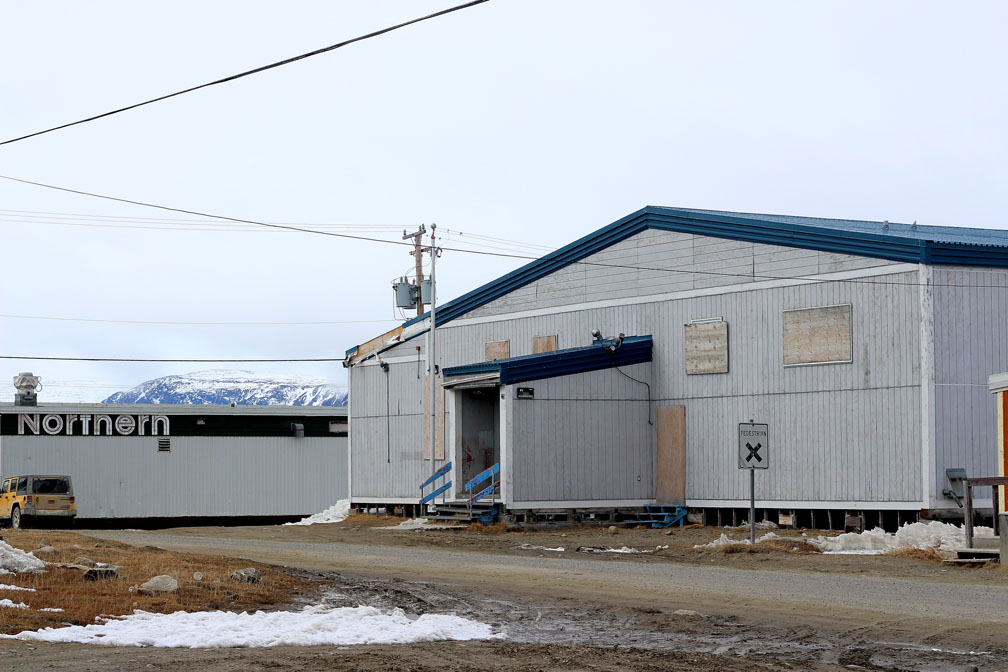 The old nursing station in Pangnirtung, replaced about eight years ago by a new health centre. The GN must inspect the building for asbestos and structural integrity before it can be transferred to the Hamlet of Pangnirtung, Lorne Kusugak, Nunavut’s minister of community and government services, said May 28. (PHOTO BY BETH BROWN)

It’s been at least eight years since Pangnirtung’s hamlet council “expressed interest” in an unused and now dilapidated Government of Nunavut building in the community, Pangnirtung MLA Margaret Nakashuk said May 28 in the Nunavut legislature.

That’s according to a community infrastructure plan made for Pangnirtung in 2010, which shows that, even then, the municipality wanted ownership of an old government health centre.

Because the community’s hamlet council wants an emergency shelter in that building this year, Nakashuk wants to know how long the GN will take before transferring it to the hamlet.

Lorne Kusugak, the minister of community and government services, said he couldn’t give specific dates, or state when the building will be handed off.

“I assure my colleague that we are trying to work on this as quickly as possible, as we are very well aware of the issues surrounding Pangnirtung and the municipality,” Kusugak said.

He said a GN building can’t be disposed of until other GN organizations are given a right of refusal, in which they get a chance to ask for the building.

His answer expanded on what GN representatives said last week, during a special council meeting held in Pangnirtung.

“I hope that at the end of the day, we will be able to help the community with the matter,” Kusugak said.

He said the GN will also have to make sure the building, constructed in the 1970s, is sound and free of asbestos.

“It is my understanding that an environmental assessment would need to be performed on the building before it is transferred to the new owner. Can the minister indicate how long the process would take?” Nakashuk asked.

Kusugak said this could take about a month, as long as an inspector is available.

Last week, Nakashuk tabled a letter from the Pangnirtung hamlet council to the GN that asks for urgent help in carrying out the municipality’s “urgency intervention plan.”

To do that, the community needs an emergency shelter, the letter says.

“In emergency situations, victims seek refuge at the homes of relatives, neighbours or break into shacks where they hide from their assailants,” the hamlet letter states, as quoted by Nakashuk.