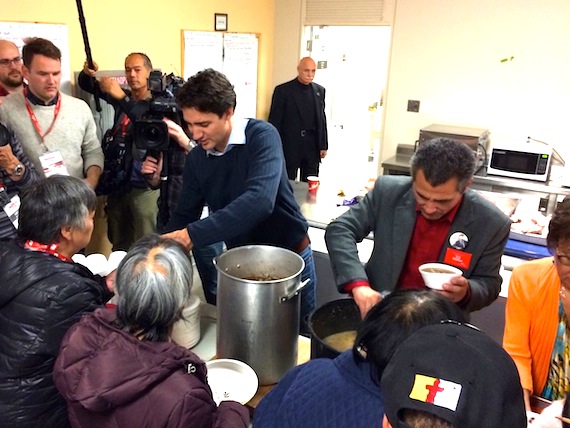 People in Nunavut now know more about what prompted Nunavut MP Hunter Tootoo’s May 31 departure from cabinet and the Liberal caucus and why he is not welcome to return.

Tootoo admitted Aug. 3 to a consensual but inappropriate relationship with a female staff member.

He did not state the age, rank or job description of the staff member with whom he had the relationship, or the extent of any workplace power imbalance that might have made the relationship inappropriate.

Deeply sorry. Voluntarily told PMO about consensual relationship. Was asked to keep it private. I resigned went to addiction treatment.

Tootoo said in a statement read on CBC that he promised to keep the identity of the female staffer a secret to protect her privacy and that he will keep that promise.

He said he is admitting to it now because Nunavut constituents have told him they want more information about what happened.

Tootoo returned to work last week after spending time at a treatment centre for alcohol abuse.

At that time, Tootoo did not immediately admit to an inappropriate workplace sexual relationship. But less than 24 hours after his July 27 open house in Iqaluit, which marked his return to work, the Globe and Mail published a story quoting sources who said Tootoo engaged in such a relationship with a junior female staff member.

In his first public remarks since completing addictions treatment, Tootoo said his first priority was to regain the trust of constituents.

Tootoo’s vow came 57 days after he stepped down as minister for Fisheries, Oceans and the Canadian Coast Guard and exited the Liberal caucus. At the time, he said he did this to seek addictions treatment.

“I have work to do to regain their trust and respect,” he told attendees at a July 27 open house in his Iqaluit constituency office in front of an audience of about 10 people, in addition to members of the media.

Tootoo said Aug. 2 in a tweet to his cousin, National Hockey League star Jordin Tootoo, that he planned to attend an Alcoholics Anonymous meeting in Iqaluit.