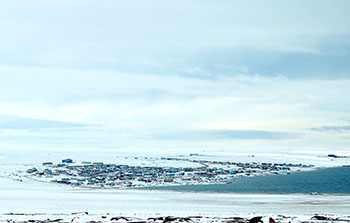 Baker Lake faced a violent morning Nov. 28 after resident was shot inside a local residence.

Police say the victim of the shooting was treated for non-life threatening injuries at the local health centre, while the suspect who allegedly shot the individual barricaded himself inside the home.

RCMP members arrested a 23-year-old man a few hours later. Police say no charges have been laid as the RCMP continues to investigate the incident.

Situation in Baker Lake has concluded and a male has been taken into custody.

At the same time an armed man in Resolute Bay was at large as of the morning of Nov. 28, prompting a community lockdown there.

The man was found deceased in a residence early in the afternoon of Nov. 28, following eight hours of negotiations with the RCMP.