Nunavut power utility must pay more than $133,000 to ex-employee 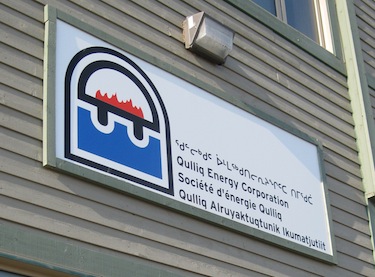 The Qulliq Energy’s Corp.’s bosses will huddle with lawyers to decide whether to appeal Justice Earl Johnson’s finding that they should pay more than $130,000 to ex-employee Amy Hynes. (FILE PHOTO)

The Qulliq Energy Corp. suffered a stunning defeat in court this week.

In a 32-page judgment, Justice Earl Johnson ordered the QEC to pay more than $133,000 in damages to ex-employee Amy Hynes, plus interest and legal costs.

Johnson issued a written copy of the judgment Oct. 29, following a civil trial held June 17 to June 19 at the Nunavut Court of Justice in Iqaluit. (See document embedded below.)

In it, he found the QEC effectively drove Hynes out of her job in January 2010 through a “constructive dismissal” that breached her employment contract.

Johnson also dismissed an intimidating counter-suit the QEC filed against Hynes, which claimed Hynes caused them $759,910 in damages.

The judge found the QEC’s counterclaim against Hynes was “frivolous”and “entirely without merit.”

In reaction, the QEC said they are now looking at the possibility of an appeal.

“The Corporation will be reviewing the decision with legal counsel to consider options, including exercising the right of appeal. There will be no further comment or releases for the public or media at this time,” a QEC written statement said.

Johnson found in his judgment that Hynes’s departure from the QEC occurred after Hynes, the QEC’s corporate secretary, lost a power struggle with Catherine Cronin, the QEC’s director of human resources.

Hynes began work at the QEC in February 2003 and quickly worked her way up to the corporate secretary job in December 2003, and served with five different presidents during the new corporation’s tumultuous early years.

Cronin, on the other hand, started work with the QEC in May 2008, when Bruce Rigby served as president.

In 2009, after Peter Mackey had succeeded Rigby as QEC president, Cronin created a new position called “executive assistant to the president.”

This job comprised most of Hynes’s existing duties.

Concerned about the security of her position, Hynes then pursued the idea of combining her remaining duties with that of an unfilled position for an internal auditor — which was discussed by the QEC’s board of directors in June 2009.

Hynes believed Mackey and QEC chair Simon Merkosak supported her aspirations and were prepared to help train her to perform the internal auditor functions.

But at the same time “another arm of the corporation spearheaded by Cronin” took a different approach to Hynes’ position, Johnson found.

And he found Cronin harboured “negative feelings” towards Hynes and wanted her terminated.

“Cronin’s cross-examination satisfies me that she was jealous of the Plaintiff’s influence on Rigby at the head office in Iqaluit and on Merkosak and the Board of Directors,” Johnson’s judgment said.

And to support this, Johnson cited evidence given at last June’s trial by Sarah Kucera, the QEC employee who was hired for the new executive assistant job.

“Kucera testified that Cronin told her she wanted the Plaintiff removed from the corporation,” Johnson said in his judgment.

In October 2009, the board of directors reversed their decision to create a new job for Hynes after the executive assistant position was created and filled July 1, 2009.

In December 2009, Hynes’s lawyer contacted the QEC to begin negotiations for a termination package, but never received a response.

“The proper and reasonable response to the Plaintiff’s offer to negotiate was for the Defendant to attempt to finalize a severance package. Instead the employer refused to negotiate and the Plaintiff went to the media,” Johnson said.

Her email access to the QEC was cut off as of Jan. 19, 2010 — so Hynes interpreted that to mean that she was constructively dismissed.

And the internal auditor position that she sought was not filled for more than two and a half years.

“The Defendant’s [QEC’s] last minute decision not to appoint the Plaintiff [Hynes] to the internal auditor position had a significant emotional impact on her. As she testified, her job as she knew it was gone. She felt completely isolated in the company and the work she loved doing was gone,” Johnson said.

“I now know with the benefit of hindsight that Cronin was hostile to the Plaintiff and wanted her terminated. I am satisfied that the Plaintiff’s dignity and sense of self-worth was seriously affected,” Johnson said.

To help calculate the size of the damage award, Johnson found that QEC should have given Hynes 14 months notice.

He also took into account the difference in salary between a job that Hynes found in Ottawa and what she had previously earned at the QEC.

QEC must also pay court costs and interest on the damage award for the period Hynes spent waiting for a court judgment. Those amounts will be worked out following a hearing to be held at a future date with lawyers from each side.

Other lawsuits filed against QEC by other ex-employees, including Sarah Kucera, still await judgment.