Minister sides with Kivalliq hunters, rather than past recommendations of his department’s staff 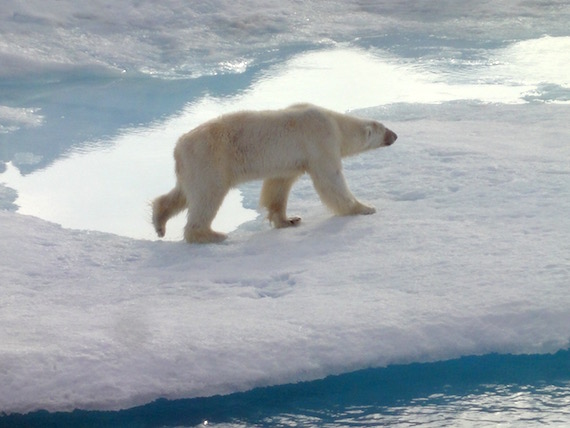 As on July 1, hunters in Nunavut can looking forward hunt a total of 19 more polar bears, following an announcement in the Nunavut legislature by Environment Minister Joe Savikataaq. (PHOTO BY JANE GEORGE)

Hunters in Nunavut’s Kivalliq region will be able to take another four polar bears this year, following an announcement today by Nunavut’s environment minister, Joe Savikataaq.

Savikataaq also announced harvest levels for the total allowable harvests for two other polar bear subpopulations, in Baffin Bay and Kane Basin, which are shared with Greenland.

Although the minister’s statement says the total allowable harvest for those sub-populations has risen from 65 to 80, on the Nunavut side, the Kane Basin TAH remains the same.

Grise Fiord, the only Nunavut community that hunts from the Kane Basin subpopulation, will see its hunting limit stay at five bears per year.

In all, the increases amount to an additional 19 polar bears that could be harvested legally by Nunavut hunters this year. The changes take effect July 1.

The polar bear hunting limit in Western Hudson Bay has long been contentious.

During a meeting of the wildlife management fall this past autumn, president of the Kivalliq Wildlife Board, Stanley Adjuk of Whale Cove, pleaded with officials to increase the limit, because of growing numbers of bears venturing near the region’s communities.

At the time, officials with Nunavut’s Department of Environment proposed freezing the hunting limit, following an aerial survey in 2016 that showed a slight decline in the polar bear subpopulation.

At that meeting, Nunavut’s wildlife director, Drikus Gissing, warned that artificially raising the total allowable harvest would only lead to reduced hunting limits later on, as the polar bear population dwindles.

“Its very difficult, almost impossible to recommend, from a scientific point of view, increasing the quota,” he told the meeting.

Kivalliq hunters have frequently insisted that their on-the-land observations are more accurate than the complicated mathematical projections of wildlife researchers.

The harvest limits for Baffin Bay and Kane Basin are less controversial. These polar bears are hunted by Inuit from both Nunavut and Greenland, and to manage these harvests, both jurisdictions created a joint commission to determine sustainable harvest numbers.

In January, Greenland announced it would increase its hunting limits in line with the commission’s findings.

“The joint commission recommended an overall harvest of 160 bears for this subpopulation with 80 bears to be harvested by each jurisdiction. Greenland has implemented this recommendation, and I have recently accepted the increase from 65 bears to 80 bears for Nunavut following, the Nunavut Wildlife Management Board process and decision.”