Nunavut RCMP officers under investigation for conduct in Holland arrest 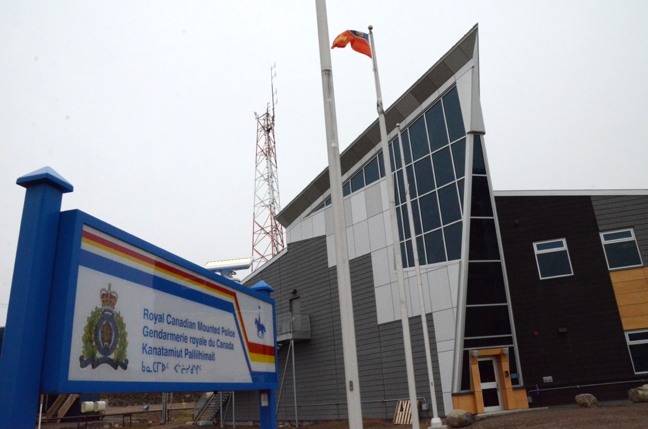 Two Iqaluit based officers are now facing an internal investigation after a Nunavut judge said they broke laws and procedures during the arrest of Tommy Holland in January 2016. Holland plead guilty to several charges after an incident where he injured a child while he was driving an ATV while impaired. The judge in the case lessened his sentence by five months because of the police officers’ behaviour. (FILE PHOTO)

Some Iqaluit police officers could face disciplinary action after a Nunavut judge found they broke the law during an arrest, committed an assault on the person they arrested and then provided “not reliable” and “inconsistent” testimony at trial about that arrest.

The Nunavut RCMP “V” Division is conducting an internal review after a judge from the Nunavut Court of Justice blasted two officers for their conduct in a case that the judge found “troubling.”

“We are aware of the judge’s decision and comments on this case and a review of the investigation has been initiated,” RCMP communications officer Cpl. David Lawson told Nunatsiaq News Feb. 23.

“We are currently awaiting the findings of the review and will not be making further comments on this matter at this time,” said Lawson.

In a follow-up email, Lawson clarified that the review, “could cover areas pertaining to code of conduct, statutory or training. In regards to timeline, we cannot confirm one at this time.”

Holland, driving an all-terrain vehicle while drunk, hit a seven-year-old boy and fled the scene in January 2016.

While Bychok considered Holland’s crime a serious one, he lessened the man’s sentence by five months because of the actions of the arresting officers.

The officers who staked out Holland’s home after that incident—Cpl. Mary Beth Dunphy and Const. Andrew Kerstens—entered Holland’s home illegally, without a warrant, Bychok said.

The circumstances under which a police officer can enter a home to arrest a suspect is a matter of simple and “crystal clear” law, the judge said.

“I cannot accept that any Canadian police officer does not understand the limits on their power to arrest. It is the simplest and most basic concept our police must learn.”

After the officers broke down two doors to enter Holland’s house illegally, they committed a further crime, Bychok said in his judgment: assault.

Holland stood motionless, with his arms at his side and without “any weapons in sight,” the judge said.

But Kerstens “did not try to de-escalate the situation,” instead the officer grabbed Holland, put him against the wall, used a “c-clamp” and then a “headlock.”

“Then [Kerstens] used a ‘pain compliance technique.’ In doing so, in these circumstances, Cst. Kerstens assaulted Mr. Holland. Assault is a crime.”

In his judgment, Bychok said the testimony of the two officers contradicted each other often.

The senior officer, Dunphy, provided “inconsistent” and “not reliable” testimony with a “cavalier” attitude.

“In our free and democratic society, these illegal acts undermine our trust in our police… This court cannot turn a blind eye.”

Bychok also pointed out that at trial, public prosecutor, Benjamin Flight, did not call any evidence on police training on arrests. Flight also said the charter violation, if it existed, was only a “minor technical” breach.

When asked if the judge’s findings undermined the public’s confidence in the public prosecution office, Flight said the Crown, as a rule, doesn’t comment on decisions rendered by a judge.

“We submit arguments [to a judge]. Those arguments are either accepted, accepted in part or rejected,” Flight said.

Flight added that it’s not the role of the public prosecution office to investigate potential charges against arresting officers.

“Police decide to lay charges, and the prosecution office decides to continue with a prosecution or not. We’re not an investigative body.”

Christian Lyons, general counsel of legal operations for the Nunavut prosecution office, said the Crown couldn’t comment further because Holland’s 30-day window to appeal the decision has not yet passed. Lyons did not say if the Crown would comment after the 30-day window.

Nunatsiaq News asked Holland’s current lawyer, Tamara Fairchild, if Holland plans to appeal Bychok’s sentence or press for assault charges to be laid against the officers. She did not respond to our request by our publication time.

Iqaluit police have come under fire numerous times in recent years for allegations of excessive force.

But despite the Nunavut Court of Justice finding instances of Charter breaches in at least three cases, no Iqaluit officers have been disciplined.