“Canadians have a right, duty and responsibility to know what happened to us” 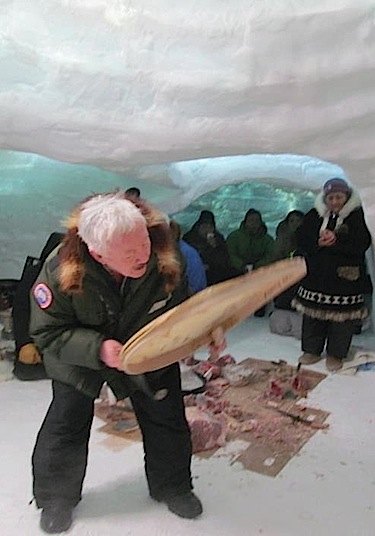 The fate of thousands of pages of testimony about physical, sexual and psychological abuse at Canada’s notorious residential schools now lies with Ontario Superior Court Justice Paul Perell, but at least one residential school survivor hopes they are not destroyed.

Piita Irniq, who attended three residential schools, including Chesterfield Inlet’s Joseph Bernier School and its notorious Turquetil Hall residence, and who publicly, and repeatedly, disclosed the extent of abuse he suffered there, said July 28 that destroying those documents would be a grave injustice.

“Were the Jews’ statements about the Holocaust destroyed too? If you destroy them, you destroy the history of Aboriginal people. The pain and the healing would go away.”

The case, heard in Ontario court in mid-July, hinges on whether promises of confidentiality made to those who came forward to tell their stories in private at the independent assessment process — separate from the public TRC hearings — would be breached by archiving transcripts of that testimony.

The Saskatoon lawyer and head of the Independent Assessment Process, Dan Shapiro, thinks so and he has argued that transcripts must be destroyed to protect the identity and privacy of survivors, something that was guaranteed at the outset of the process.

But Julian Falconer, a lawyer for the TRC, said preserving the documents does not mean publication and that destroying them would cause irreversible damage to the Canadian historical record.

Some have suggested keeping the transcripts archived and inaccessible for a few decades, during which efforts could be made to contact survivors and attempt to gain their permission to include their accounts in the historical record.

According to Canadian Press reports of the court proceedings, Perell said he was struggling to determine the lesser of two harms and was leaning toward this type of temporary retention option.

Irniq said that sounds reasonable because it allows individuals to make their own decision on whether to share their story or have it deleted from the record.

“If they want to keep them confidential, that’s okay with me,” he said.

Irniq said retaining as many details as possible about the experience of thousands of Inuit and First Nations children at residential schools, and making those stories part of Canada’s overall history, is long overdue and crucial not only to Aboriginal peoples but Canadians at large.

“I have said all along Canadians have a right, duty and responsibility to know what happened to us because it’s their tax dollars which paid for our education at those residential schools,” Irniq said.

Irniq, who is employed by Corrections Canada as an Aboriginal elder and who visits Inuit men in jail for cultural and spiritual purposes, said most of the men he meets with are either survivors of residential schools or the children of survivors who suffered cyclical abuse or neglect as a result of their wounded parents.

“Now, it’s become a very big issue because now we are trying to help the intergenerationals,” he said.

Perell has not yet made a decision in the case.