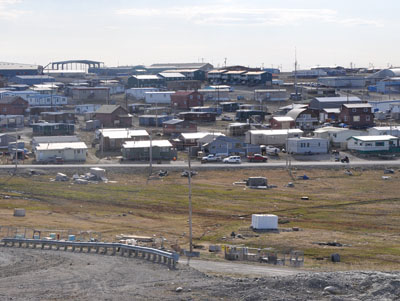 Nunavut sexual predator Norman Ford has been sentenced to prison time for the historical assault of a child in in his hometown of Rankin Inlet. (FILE PHOTO)

Readers may find some of these details disturbing

Nunavut sexual predator Norman Ford has been sentenced to prison time for the historical assault of a child in in his hometown of Rankin Inlet.

Ford, 64, pleaded guilty last February to a charge of sexual interference, which is specific to sexual touching of a minor, related to a series of incidents that happened 14 years ago.

Ford was charged in 2016 with sexual assault and sexual interference of a minor, whose identity is protected from publication. (The assault charged was stayed.)

The complainant was babysat at Ford’s home over a nine- to 12-month period. During those visits, Ford, then in his early 50s, would bring her into a room with him to watch pornography and stroke the victim in her vaginal area.

The incidents would have occurred sometime between 2004 and 2006, when the victim was a child.

She attended the June 13 hearing to read a victim impact statement.

Justice Neil Sharkey sentenced Ford that day to 15 months in custody plus 18 months probation. Upon his release, he also faces an 18-month court-imposed order that prevents him from having any contact with minors.

As part of that sentence, Ford is also prohibited from owning a firearm for 10 years; he was ordered to provide a sample of his DNA and pay a victim surcharge of $200. His name will also be on the sex offender registry for a 20-year period.

During the National Inquiry into Missing and Missing Indigenous Women and Girls’ hearing in Rankin Inlet last winter, Nunavut singer and songwriter Susan Aglukark testified to the commission about her own childhood abuse at the hands of Ford.

Aglukark recounted the time, at age eight, when Ford invited her over and then sexually molested her in a bedroom.

Aglukark told commissioners that you could “fill the room” with Ford’s victims.

More than a decade after the assault on Aglukark, Ford was charged with molesting other victims, and Aglukark gave testimony to help convict him. He received an 18-month sentence, of which he served six months.