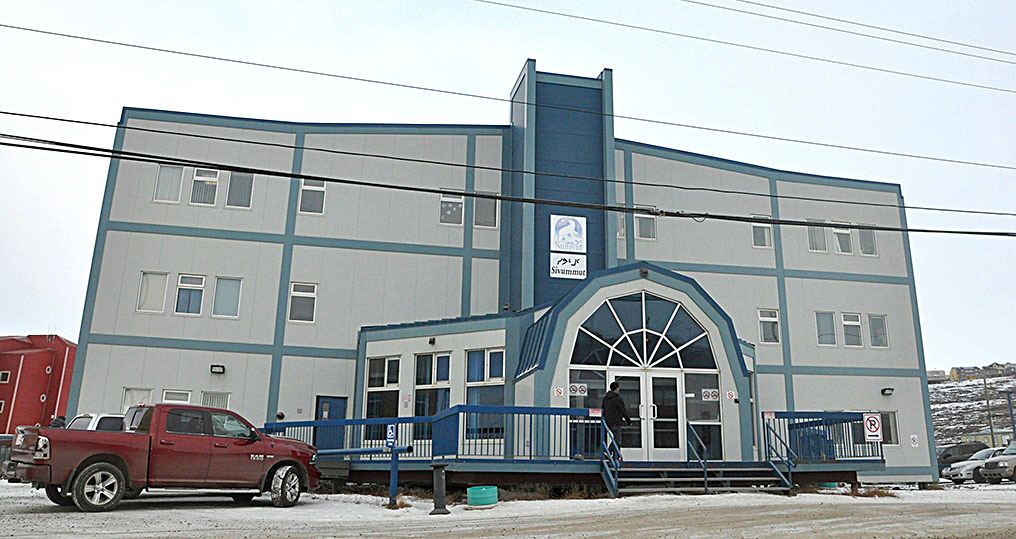 The Sivummut building in Iqaluit, where many Government of Nunavut employees are located. Iqaluit Niaqunnguu MLA Pat Angnakak says the GN should look at a collaborative approach to workplace conflict that is used in Yukon, called the Respectful Workplace Office policy. (FILE PHOTO)

If the Government of Nunavut seeks a model to follow on how to address bullying and harassment within its workforce, it should look to Yukon, says Iqaluit Niaqunnguu MLA Pat Angnakak.

Angnakak is spearheading efforts to address unresolved harassment complaints within the GN.

The Respectful Workplace Office policy, or RWO, in Whitehorse is a “more transparent and unbiased” way to investigate both sides of a workplace harassment complaint, Angnakak suggests.

That’s because many GN employees allege harassment by their managers, who, through power and influence, can bias investigations into alleged harassment.

The RWO, by contrast, investigates harassment complaints through a committee of representatives from management, human resources, two unions and an Aboriginal employees’ forum.

“If I was an employee who made a complaint, and this committee said I’m being unreasonable, I think I would accept that more than if my supervisor said the same. I’d trust that my complaint was heard fairly and the decision was unbiased,” Angnakak said.

But without that fair cross-representation looking into harassment complaints, there’s little reason to have faith in the GN’s process, she said.

For example, here’s a story from one of the many civil servants who have contacted Angnakak about unresolved racism and harassment from his managers in two GN departments.

That former GN worker, who has 20 years of experience in his field, told Nunatsiaq News his complaints were unfairly quashed.

For the purposes of this story, we will call this Inuk public servant X because he fears backlash from the GN.

X said he experienced racism from the first day on the job.

For example, after the first social outing at a local bar with his new co-workers, X said his manager asked him inappropriate questions the following day.

“My manager asked me how often I drink, if I go to bars a lot, if I’m an alcoholic and if I play cards often. Knowing my rights and policies, I told [my manager] she’s not allowed to ask me those things,” he said.

X said the harassment got worse: his manager and her allies kept constant watch on X, often following him to — and even into — the bathroom.

Eventually, X said he filed a harassment complaint, but never heard back from the deputy minister with whom he filed it.

X said he was then transferred to another department, at his request.

But his new manager told X on his first day that his old manager had told her X was a troublemaker.

The harassment picked up where it left off, X said.

And when X filed another complaint, this one alleging harassment by his new manager, the deputy minister of that department told him to file it with the manager who was the subject of his complaint.

“Obviously she quashed it and it went nowhere,” X said.

Both of X’s managers, who tried, unsuccessfully, to discipline X through “fact finding” meetings, were appointed without qualification to senior positions by the same deputy minister, X said.

That deputy minister then used that leverage to exert control over those managers, X alleged.

X was sent back to his former department, but in a different division.

“Now they wanted me to sign a paper saying I’d drop all harassment complaints, and in return they’d keep me as a GN employee with staff housing.

“So if I didn’t sign it, me and my family would be homeless in 10 days,” X said, because the GN’s current staff housing policy allows the government to evict terminated employees on 10 days’ notice.

X consulted his lawyer, who told X not to sign the document. A week later the GN fired X.

X then began filing a civil lawsuit against the GN and a complaint with the Human Rights Tribunal.

When government lawyers found that out, X said he was hired back to cover up the government’s mistake, but was forced to drop his lawsuit and his human rights complaint.

“That’s why I like the Yukon’s model. It’s not the government investigating itself behind closed doors where intimidation can and does happen,” she said.

The director of Yukon’s RWO unit, Cheryl McLean, told Nunatsiaq News her office relies on support from, and collaboration between, management, employees, unions and the Aboriginal employees’ forum.

“Our office can never be seen to favour management, or we’d lose face with employees, and vice versa. So it’s a bit of a tightrope walk,” McLean said.

McLean’s office, which came into effect in 2013, has seen a steady increase in complaints.

That’s not because of increasing conflict within the government, but shows increasing faith in her office, she said.

“Success to us means we help employees find a way forward through their conflict at the earliest and lowest possible level,” she said.

“There’s no understanding of human dynamic and emotions. I think our process is a lot less damaging to employees as human beings and creates awareness and understanding that in turn leads to better workplace relationships.”

Managers have a right to manage, said McLean, and some cases are referred back to departments for disciplinary measures.

But if multiple complaints arise from the same work-space, McLean calls in a case management group to look at underlying factors.

“We get some push back, obviously, because deputy ministers don’t always share our mindset,” she said.