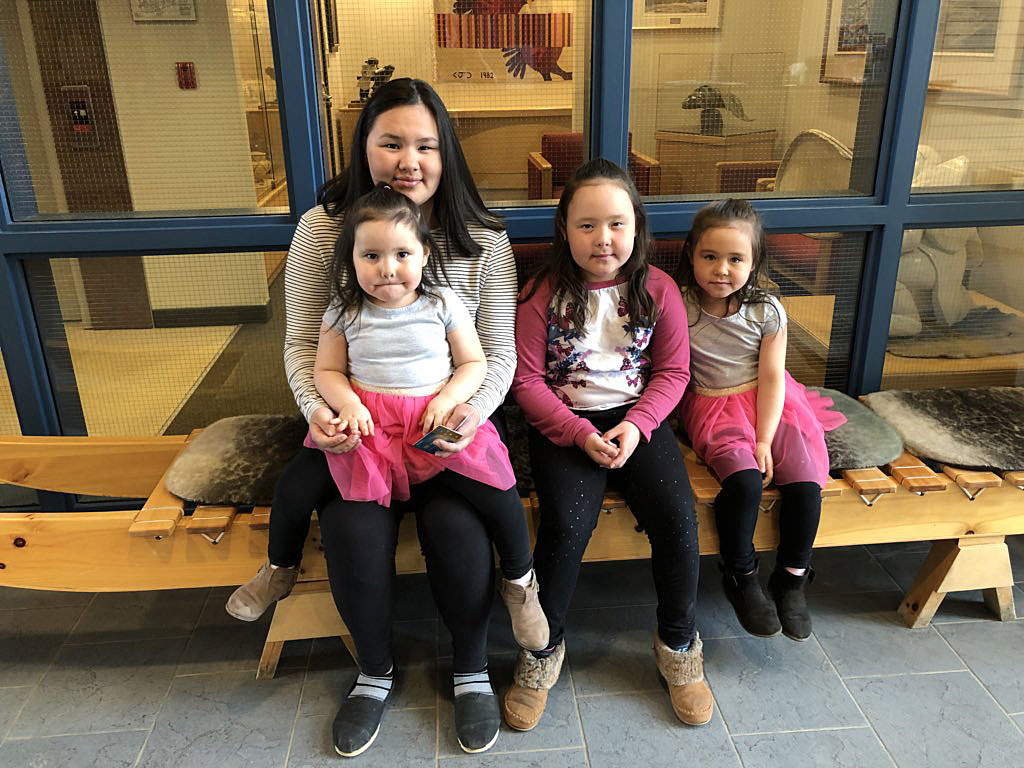 The daughters of Kugluktuk MLA Mila Kamingoak visit their mom at work in the legislative assembly this past June 13. Speaker Joe Enook has named members to a commission that will look at how to make MLAs’ pay packages more family-friendly. (FILE PHOTO)

The Speaker of the Nunavut legislature, Tununiq MLA Joe Enook, has announced who will sit on a special commission set up to study how Nunavut MLAs are paid, the legislative assembly said Sept. 24 in a news release.

The body goes by a ponderous title: the Independent Commission to Review Members’ Indemnities, Allowances, Expenses and Benefits.

Enook announced the commission this past June 13, saying one of the commission’s tasks will be to help craft a family-friendly pay and benefit package for MLAs who have young children.

“As my colleagues are well aware, legislatures across the country are working to make their institutions more family-friendly than they were in previous eras,” Enook said in the house last June in a statement.

Right now, MLAs are paid through a complicated system of payments called indemnities and allowances, including a northern allowance and a housing allowance if eligible, as well as various non-salary benefits, and payments to cover travel, accommodation and constituency office expenses.

They also receive the same northern allowance paid to unionized GN workers, and regular MLAs get extra amounts for serving as chairs and deputy chairs of committees.

The members of the commission are:

• Justice Earl Johnson, who will chair the commission. Johnson sat on the Nunavut Court of Justice from 2002 until his retirement from full-time service in 2016. He currently serves the Nunavut court as a deputy judge.

• Nancy Karetak-Lindell, who held office as Liberal MP for Nunavut between 1997 and 2008, and as president of Inuit Circumpolar Council-Canada from 2016 to 2018.

• Keith Peterson, a former Cambridge Bay mayor and secretary-treasurer of the Kitikmeot Corp. who served as MLA for Cambridge Bay from 2004 until 2017. Peterson is Nunavut’s longest serving finance minister.

• Ronnie Campbell, who served as an assistant auditor general of Canada from 2003 until his retirement in 2015. During that period, he was responsible for the auditor general office’s audits of the Government of Nunavut. Prior to 1985, Campbell worked in Nunavut communities as a manager with the Hudson’s Bay Co. Campbell is also a board member for the Qulliq Energy Corp.

The commission must submit a report, with recommendations, to the Speaker by March 31, 2019.