“GN is pleased to help the greater Arctic community” 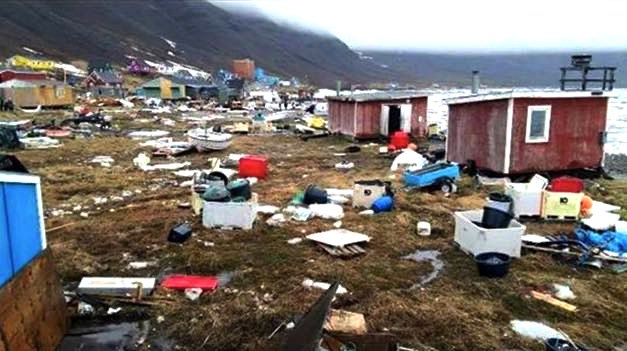 Scene of disaster June 18 in northwest Greenland after a tsunami caused by a landslide destroyed the village of Nuugaatsiaq. (FILE PHOTO) 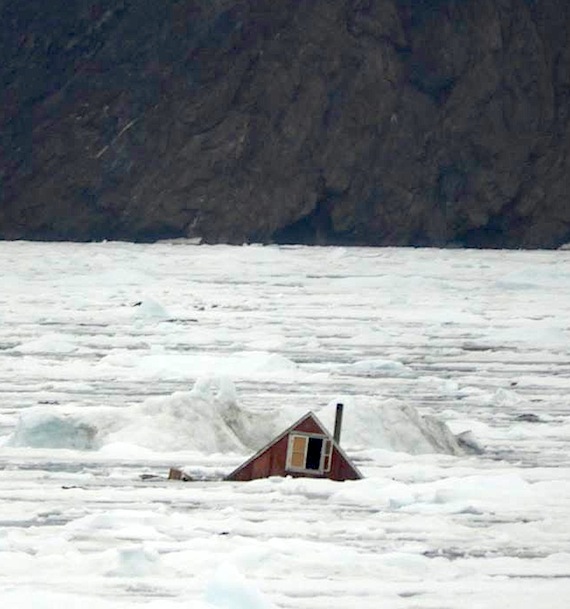 A house from Nuugaatsiaq, the hardest hit of the communities on the Uummannaq fiord, floats by after being carried off by the tsunami June 18. (PHOTO COURTESY OF THE JOINT ARCTIC COMMAND)

As money continues to pour in from Greenland’s Arctic neighbours to help those affected by the June 18 tsunami, Nunavut stepped up June 23 with a $25,000 donation from the Government of Nunavut to Greenland’s Red Cross.

“I wish to extend my heartfelt sadness after last weekend’s tsunami near Nuugaatsiaq, Greenland,” Taptuna said in a June 23 statement. “I remain hopeful that the damage to the region is minimal. Our thoughts and prayers are with the people of Greenland.

“Inuit societal values teach us to provide for family and community. The GN is pleased to help the greater Arctic community, and provide aid to those affected. Nunavut and Greenland share many important connections, including the ties of culture, language, family and friends. Nunavummiut stand with Greenland at this time; we are with you in spirit.”

Nuugaatsiaq, on the northwestern coast of Greenland in the Uummannaq fiord, was overwhelmed by repeated waves of icy water at about midnight June 18 after a huge slide of a cliff, about 30 kilometres away, sloughed off, creating the conditions for a tsunami.

The resulting tsunami killed four people and injured others in the community of about 100, destroyed 11 houses and left other homes and public buildings severely damaged.

The residents of Nuugaatsiaq and two other villages were evacuated after June 18, due to the risks of other landslides and tsunamis.

Since then, the focus of Greenland and its government has been on helping those affected. Among the measures put into place: a new, centralized email account set up—nuugaatsiaq@nanoq.gl—to assist people in need to contact various government departments.

Meanwhile, to help those who lost everything in the disaster, a grassroots fundraising drive by people around Iceland had raised one million Danish krøner, about $200,000, as of June 23.

The governments of Iceland and the Farøe Islands also committed additional amounts of about $500,000 each.

About $1.5 million has been collected to date to help those affected by the disaster.

This weekend, in Nuuk, musicians planned to hold a fundraising concert in the Katuaq performance centre in Nuuk, with money collected from ticket sales to be donated to those affected by tsunami.

You can read more about the tsunami and its aftermath here:

And if you want to make a donation to the relief effort underway in Greenland, you can make a bank transfer, using the following information:

Or to this new account at the Bank of Greenland (same address as above) opened for donations: