Parasite can only be killed by cooking wild meat, the GN says A team of analysts from the Nunavut Research Institute, Nunavut Tunngavik Inc. and the GN Department of Health at a training session in trichinella detection, held in June 2017, led by experts from the Canadian Food Inspection Agency’s centre for food-borne and animal parasitology. (FILE PHOTO) 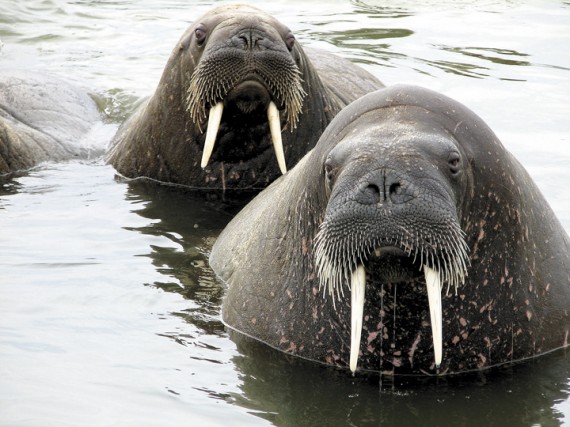 A walrus harvested near Sanikiluaq has tested positive for trichinella. (FILE PHOTO)

Health officials in Nunavut are warning residents of Sanikiluaq that a walrus harvested near the Belcher Island community has tested positive for trichinella.

Trichinella is a parasite that can be present in some wildlife, particularly walrus and polar bears, and can be transmitted to humans who consume those animals’ meat uncooked.

Once consumed, humans can contract an infection called trichinosis, which can be fatal if untreated.

Symptoms of the disease appear a few days after eating the meat, and include stomach pain, muscle pain, diarrhea, swollen eyelids, sweating and weakness.

The Government of Nunavut’s Department of Health advises any Nunavummiut who’ve eaten uncooked walrus meat recently and experience those symptoms to visit their local health centre.

“Before eating walrus that someone else caught, ask if it was tested,” the department said in a Sept. 27 release.

“Freezing or fermenting meat will not kill trichinella; it can only be killed by cooking.”

Most of the territory’s meat is sent for testing in Iqaluit, at the Nunavut Research Centre, where it’s done free of charge.