“With a young population, language loss can accelerate rapidly” 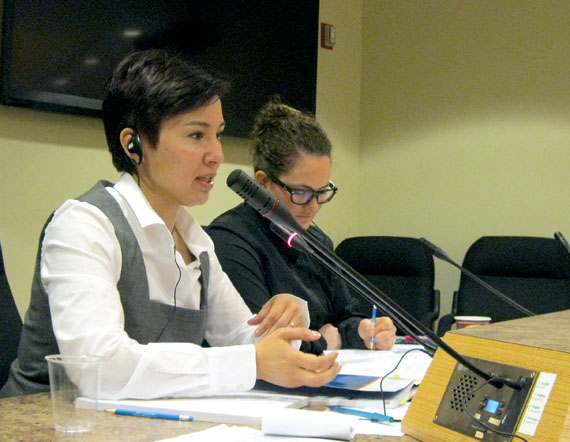 “If the federal government is genuine in their interest on economic development and social progress for Nunavut, then language revitalization and protection must be properly funded,” the languages commissioner said in a news release Aug. 22.

To back that up, she pointed to a 12 per cent decline in Inuit language use at home that Statistics Canada reports for the period between 1996 and 2006.

“With a young population, language loss can accelerate rapidly. This is most worrisome. The federal transfer to the Government of Nunavut is not enough to deal with what can become a dire situation suddenly,” Inutiq said.

Under a longstanding series of federal-territorial funding agreements dating back to the mid-1980s, inherited from the Northwest Territories, Nunavut gets money from Ottawa to support Inuit languages and French.

For 2013-14, Nunavut will spend $10.9 million on official languages, about 40 per cent of the budget of the culture and heritage department.

About $2.5 million of that will go towards grants and contributions, and about $1.9 million will go towards an implementation fund to carry out Nunavut’s two language laws, and $450,000 for Inuit language promotion and protection, the GN’s main estimates for 2013-14 say.

At the same time, the Inuit Uqausinginnik Taiguusiliuqtiit Inuit language authority will get about $2.2 million to do its work, which includes language standardization and other issues.

And a big chunk of the culture and heritage department’s official languages budget will to salaries and benefits: about $5.9 million.

The Nunavut languages commissioner said, however, that the Inuit language in Nunavut requires more funding for revitalization, protection and the implementation of the territory’s language laws.