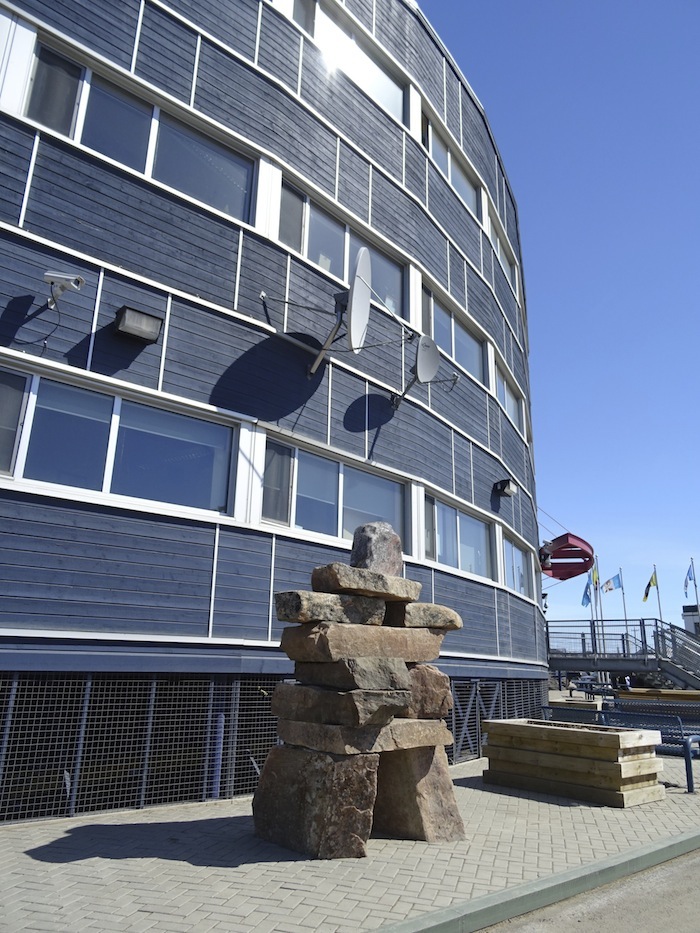 In comments made to the Nunavut Legislature, seen here, many criticized Bill 37, which would amend the 2008 Education Act to delay full implementation of Inuktitut language instruction in schools from 2019 to 2029, and at that point only require instruction for students in kindergarten to Grade 9. (PHOTO BY JANE GEORGE)

Out of 40 comments sent by the members of the public to the Nunavut Legislature about Bill 37 on amending Nunavut’s education and Inuktitut protection act, 39 called for the proposed legislation to be dismissed.

These submissions—now public—provide insight into the May 5 decision made by the standing committee to reject Bill 37. While the committee’s conclusion was made during in camera discussions, chair of the committee MLA Tom Sammurtok said consensus was based on an overwhelming lack of support for the bill.

The comments make up a document called “Submissions to Standing Committee on Legislation on Bill 37, An Act to Amend the Education Act and the Inuit Language Protection Act” that was tabled at the legislature on May 30.

They largely accuse the bill of watering down Inuit language rights, acting against the Nunavut Agreement and compromising access to educational support at a community level, among other things.

The Office of the Languages Commissioner wrote: “Amending the Inuit Languages Protection Act in the manner proposed by the Department of Education will reduce the language obligations of the Government of Nunavut. As effective transmission of the Inuit language is already critical, the Inuit language will continue to decline in use at an accelerated rate.”

The bill would amend the 2008 Education Act to delay full implementation of Inuktitut language instruction in schools from 2019 to 2029, and, at that point only, require instruction for students in kindergarten to Grade 9.

Two Iqaluit parents, Jeremy Debicki and Ceporah Mearns said some students in current Inuktitut streams end up academically disadvantaged compared to their peers being instructed in English. Often when they reach Grade 9, “Inuktitut speaking students are streamed into the lowest ability classes,” they wrote.

“Bill 37 will continue the trend where students in the Inuktitut streams in the elementary grades will find themselves streamed into the lowest level courses at the high school level. We do not want this segregation by race, language and class to happen to our children or any other students in our schools,” said the couple.

The Coalition of Nunavut District Education Authorities is also against the bill saying, for example, that centralization suggested by the bill will make it more difficult to provide programs at a community level such as early childhood education and support for students with added learning needs.

Iqaluit Parent Bernice Clark, who gave the bill a #killbill hashtag on social media, has a son who needs educational support from the school for a medical condition. She said she is concerned that changes will make it even harder for him to get timely access to the learning tools he needs.

“How will the minister know up-to-date information with each parent? How is the minister going to know my son’s accommodations are being met?” she asked.

The Cape Dorset DEA also pointed out that communication was a problem with the language bill, saying consultations were held in the summer while schools were closed which meant the department received little feedback.

“There was also a lack of explanations to the recommended changes that left the DEA committees with more questions than answers,” said the DEA’s letter.

A Nunavut Sivuniksavut student, Justin Milton, did write in support of the bill, saying he saw requirements of the existing Education Act by 2019 as impossible to fulfill.

“One may argue that rejecting Bill 37 will preserve the Inuktut language quicker, but in my opinion, Nunavut needs work on preparation for implementing bilingual education,” he said.

But James Takkiruq, another Nunavut Sivuniksavut student from Gjoa Haven, said there isn’t time to wait, especially for his home region where he fears language preservation is overlooked.

“By the proposed date of 2029, there will be no masters-of-language left to help with the preservation of Inuktut in the Kitikmeot region,” he said.

A York University professor said the 2008 act should be left as is even though meeting requirements in time remains unlikely.

“It will be far better for the Government to be in breach of the legislation and working diligently and quickly towards compliance than to change the requirement for schooling in Inuktut,” said Ian Martin, who wrote a report called titled, “Inuit Language Loss in Nunavut,” which was tabled in the legislature this past March.

“The former would demonstrate a commitment to Inuit language and culture in Nunavut schooling and the latter a retreat and abandonment of this commitment.”

Nunavut’s Inuit organizations, including Nunavut Tunngavik Inc., have asked the Government of Nunavut to do away with Bill 37, saying the proposed legislation sets the territory back in its efforts to address the decline of Inuktut in Nunavut.

Inuit Tapiriit Kanatami released a statement May 30 to say it would support NTI’s stance on Bill 37, but the bill has yet to be dismissed.

That could take place this week in the Nunavut Legislature, if a motion to that effect is made in the assembly.