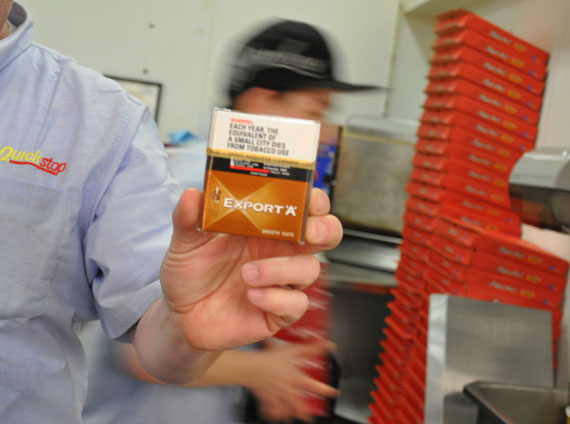 Smoking is the main reason for high rates of lung cancer in Nunavut, which accounts for almost half of the cancer deaths in the territory, the seven-page report, tabled May 14 in the legislative assembly by Nunavut’s health minister Keith Peterson.

The report calls for “aggressive action” to lower the territory’s high smoking rates and stricter enforcement of the Tobacco Control Act.

That action would include hiring more staff and increasing funding in order to better enforce the act.

Smoking rates in Nunavut are three times higher than the national average, with 60 per cent of Nunavut residents 12 and over smoking cigarettes daily or occasionally, compared to 20 per cent of other Canadians, the report notes.

That number is estimated to be even higher among Nunavut’s Inuit population — ranging from 64 per cent to 71 per cent.

The burden of tobacco-related illness and death “deprives families of income, increases the cost of health care and hinders economic development,” said the report.

Because of these big health issues, the Government of Nunavut “must help people to quite smoking and ensure those that don’t smoke never start.”

To that end, the report outlines what Nunavut’s former department of Health and Social Services did in 2011-12:

• in 2011, the GN approved the Nunavut Tobacco Reduction Framework for Action, a five-year plan to address tobacco use and its “devastating” effects on the territory;

• an implementation plan was also developed which “details timelines and specific initiatives;” and,

• a territorial tax increase on tobacco products came into effect.