“It’s my right to breastfeed my child” 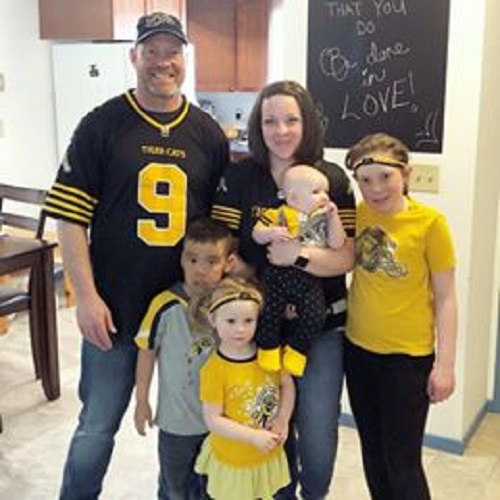 The Arsenault family in Baker Lake. Shannon Arsenault said a GN medical travel policy that prevents client escorts from travelling with their infant is discriminatory—particularly against breastfeeding mothers and their babies. (HANDOUT PHOTO)

A Nunavut mother says the territory’s medical escort policy can discriminate against parents of infant children and particularly breastfeeding mothers.

The Government of Nunavut’s medical travel policy maintains that client escorts cannot bring an infant with them on medical travel.

This recently posed a major hurdle to the Arsenault family in Baker Lake.

When Shannon Arsenault booked a medical appointment for her four-year-son, scheduled for June 11 in Winnipeg, she planned to bring along her four-month-old daughter on the trip, who is breastfed.

Arsenault said her GN-employed husband couldn’t take time off work to escort their son himself.

The mother of four also said her son’s appointment was to deal with a sensitive and private health care issue that she felt required a parent to be present.

But during the booking process, Arsenault discovered the policy prevented her from bringing her baby daughter along, even though infants travel on a parent’s lap and don’t require a separate airfare.

Arsenault appealed the policy twice over the last two weeks, and was denied both times. The department suggested she either pay her own way or request a second escort, but noted that it was unlikely to be approved.

“I made it very clear in both of my calls that the reason I’m bringing [my infant daughter] is to breastfeed,” she said.

“We don’t have anyone else to send with our son, nor do we think it’s appropriate to send someone else.”

On Wednesday, June 6, Arsenault finally decided to write a post about the issue on Facebook, while she contacted media in the territory.

The following day, June 7, she received a call from the Department of Health saying her request had been approved.

Arsenault said she’s thankful she’ll be able to make the appointment, but she still hopes to address the policy.

Over a 24-hour period, she said she received 12 messages from women across Nunavut who told her they’d faced the same problem: they had also been unable to act as a medical escort and bring their breastfed infant along.

“The biggest issue here is that women across Nunavut are being forced to stop breastfeeding,” she said.

Nunavut’s current medical travel policy was most recently reviewed in 2012 and updated in 2013.

The department was not explicit in explaining the reasons behind its no infant policy, but a statement suggested that costs and potential distraction to the parent could be issues.

The Department of Health said each medical travel request and appeal is reviewed on a case by case basis.

“As client escort travel is not mandatory, the department makes every effort to select escorts that meet the criteria outlined in the medical travel policy but when necessary exceptions can be granted,” a department spokesperson said in a June 7 email to Nunatsiaq News.