Winning images to be part of Iqaluit exhibit this March 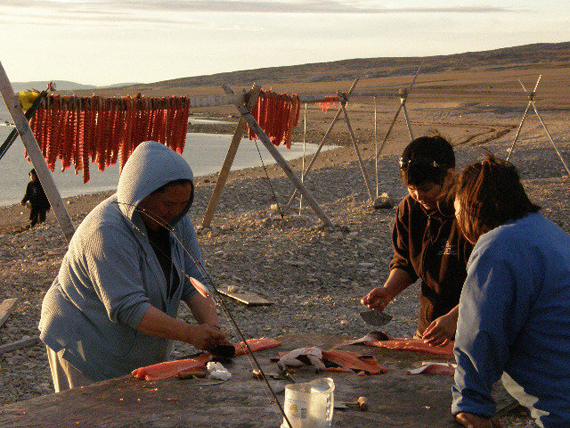 Making Pipsi by Ruth Eetuk was selected as Qulliit’s women’s day photo contest winner in 2015. The theme that year was Women at Work. ( (PHOTO BY R. EETUK)

Get your cameras out, ladies—the Qulliit Nunavut Status of Women Council has launched a photo contest for women photographers in the territory.

As part of International Women’s Day 2017, the organization is celebrating women’s traditional clothing around the world with a photo contest.

For example, the photos could show:

Selected photos will also be exhibited at the Nunatta Sunakkutaangit Museum in Iqaluit from March 8 to March 17.

An earlier version of the story reported that Qulliit is looking for photos of Inuit clothing for their photo contest. However, photos of clothing from around the world are eligible.