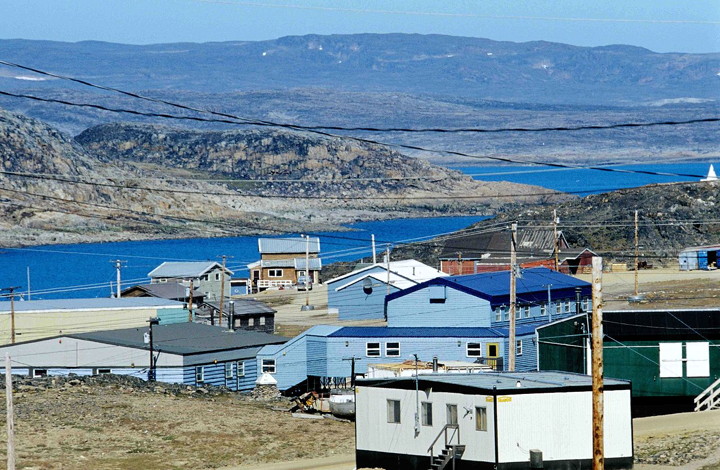 Heather Hackney, regional health director for Baffin at the time of Baby Makibi Timilak’s death in 2012 in Cape Dorset, has been sanctioned by the body that licenses nurses in Nunavut. (WIKIMEDIA COMMONS PHOTO)

The nursing licence of a senior Nunavut nurse and health administrator connected to a 2012 scandal that involved the death of an infant has been put under a five-year restriction.

Heather Hackney, who was regional health director when three-month-old Makibi Timilak died in Cape Dorset in 2012, cannot hold any supervisory nursing positions until May 2021, the body that licenses nurses in Nunavut told Nunatsiaq News June 27.

Hackney “cannot apply for or temporarily hold certain supervisory or senior position, like Nurse in Charge, supervisor of any community health programs or any positions with equivalent seniority,” said Michele Brisco, a director with the Registered Nursing Association of Nunavut and the Northwest Territories, or RNATNU.

That’s a big demotion for Hackney who, in 2012, supervised all community health centres in Nunavut’s most populous region — South Baffin.

According to the Government of Nunavut’s website, Hackney currently works as a community health nurse in Igloolik.

Because of privacy concerns, Brisco said the nursing body can reveal neither the conduct that led to Hackney’s nursing restrictions nor the time or place that conduct occurred.

So there’s no way of knowing if Hackney’s actions in the Makibi affair are connected to her current nursing restrictions.

But in addition to the five-year restriction on Hackney’s nursing license, Brisco said the nursing body requires Hackney to complete a course in ethical nursing practices and to submit a “reflective letter,” about what Hackney has learned from her experience.

A letter of reprimand is now permanently on Hackney’s file, Brisco said.

Baby Makibi died in April 2012 in Cape Dorset when the local nurse on-call, Deborah McKeown, broke a number of policies in her over-the-phone assessment of the infant, an external investigation into the baby’s death found.

McKeown is currently seeking to renew her nursing license in Nunavut.

The external report, written by retired lawyer Katherine Peterson, identified Hackney as a “key player” in the events leading up to Makibi’s death, since Hackney was the district supervisor of health at the time.

Peterson found Hackney failed to do her job in a number of important areas, including:

• failure to investigate harassment and clinical complaints made against McKeown in 2012;

• filing a complaint that had a “retaliatory and punitive flavor” against a whistle-blowing nurse; and,

• failure both to inform head office of restrictions on McKeown’s nursing license and to supervise those restrictions.