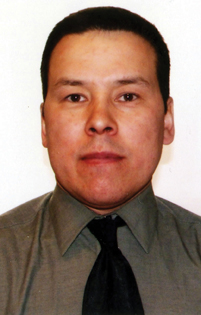 Mikidjuk Akavak has resigned his positions at the Nunavut Wildlife Management Board. (FILE PHOTO)

His resignations come after Akavak plead guilty in March of assaulting RCMP members in July 2011.

Akavak is still serving an 18-month conditional sentence for that incident. He was also sentenced to three days imprisonment, served prior to his guilty plea.

Akavak, a former mayor of Kimmirut, was appointed as NWMB chair in 2010.

Jim Noble, the executive director of the NWMB, confirmed that it was Akavak’s decision to step down.

The CEO position will not be filled and will be scrapped, but NWMB member Peter Kusugak will take over as acting chairperson until a replacement is found, possibly within the next two weeks, Noble said.

“At the meeting two weeks from now, the board would review what to do next,” Noble said. “We might give current members a chance if any one of them consider it.”

If this does not happen, the NWMB plans to advertise to fill the position.