On Nunavut Day, leaders weigh in on the past, present, and future

“The work remains and we’re committed to moving forward”

By SAMANTHA DAWSON AND DAVID MURPHY 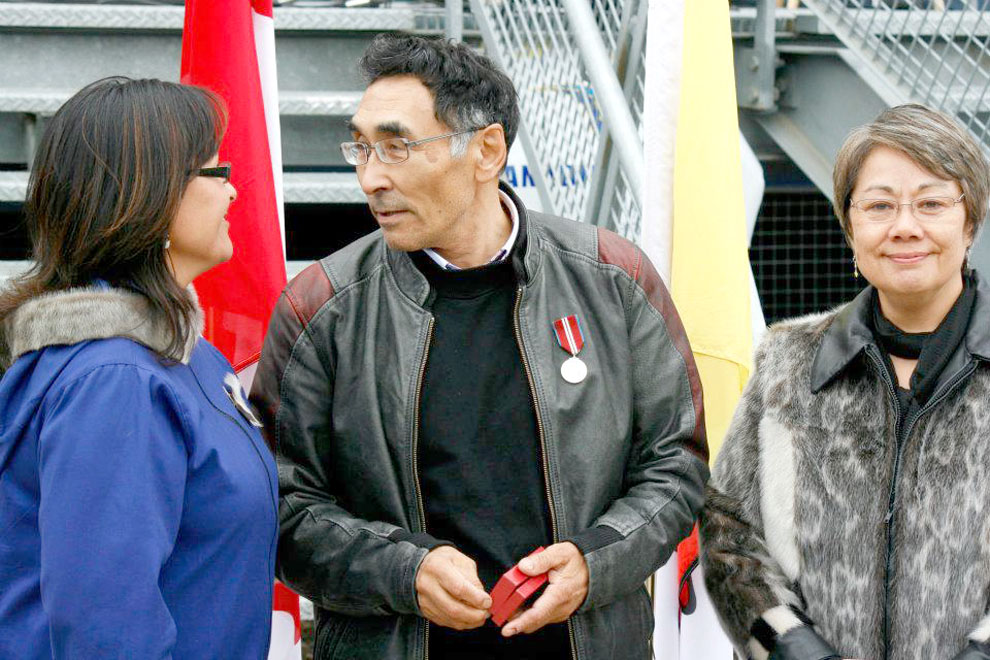 Tagak Curley, currently the MLA for Rankin Inlet North. He’s also a founder of Inuit Tapiriit Kanatami and the first president of Nunasi Corp. He encourages young people to embrace education and he hopes more economic development, such as mining projects, will move Nunavut forward. (PHOTO BY DAVID MURPHY) 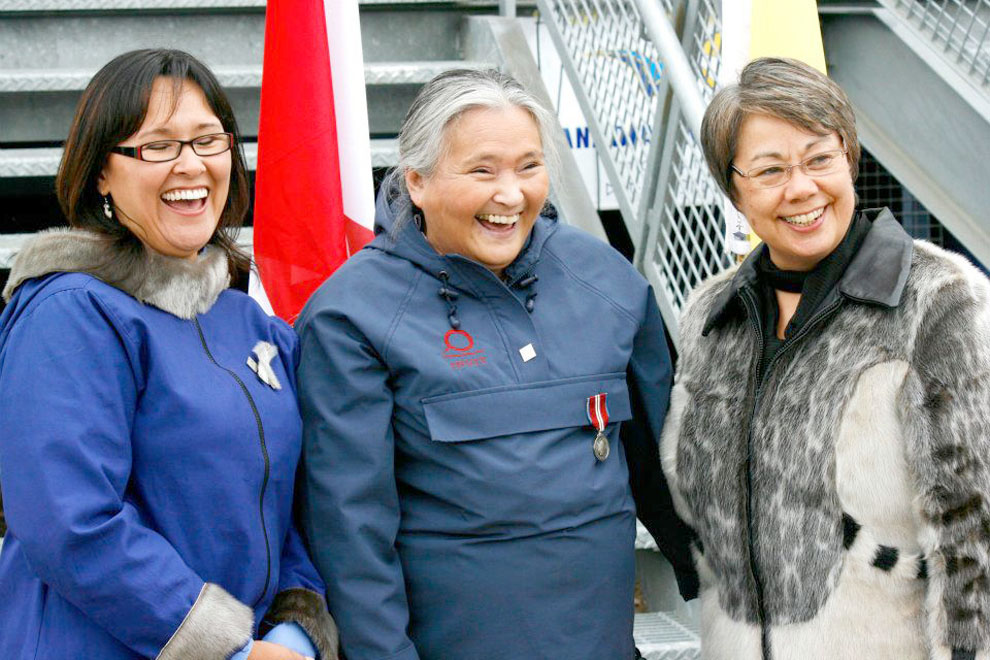 Elisapie Sheutiapik, a former mayor of Iqaluit and currently president of the Pauktuutit Inuit women’s association. “Iqaluit was only established two generations ago. My grandparents were first settlers. They went through starvations, and different challenges in their life, but they never gave up. And that’s why we’re here.”(PHOTO BY DAVID MURPHY) 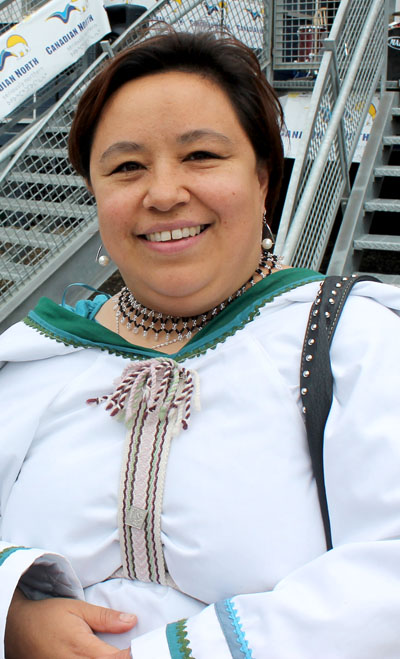 Looee Arreak of Iqaluit is the winner of the Government of Nunavut Inuktitut Birthday Song Competition. In an announcement made during Nunavut Day celebrations July 9 in Iqaluit, she was awarded $3,500 and an iPad. (PHOTO COURTESY OF THE GOVERNMENT OF NUNAVUT)

Hundreds of people gathered to celebrate Nunavut Day behind the Legislative Assembly building in Iqaluit July 9 to feast on country food, celebrate Nunavut, and honour the recipients of the Queen Elizabeth II Diamond Jubilee Medal.

But for Veronica Dewar, who now works as a translator for the Qikiqtani Inuit Association, it’s more than just a party.

“I think it’s a good way of reflecting on our culture and history — the beginning of the land claims agreement and the establishment of Nunavut,” Dewar said

Nunavut Day marks the date in 1993 when the Nunavut Land Claims Agreement, the largest comprehensive land claim agreement in Canadian history, came into legal force at a ceremony held July 9 in Kugluktuk, still known then as Coppermine.

Dewar says she’s happy seeing everyone gather on the special day, but cited the struggles Nunavummiut still suffer with the cost of food.

And like Dewar, major politicians and leaders of Nunavut expressed pride when talking about Nunavut’s accomplishments, but were cautious about the struggles that the territory faces.

Nunavut Tunngavik Inc. president Cathy Towtongie said Nunavut Day is a time to be positive, but admitted that life is hard in Nunavut.

She said food security needs a “quick-paced, fast decision” in the next year or six months— something the new Nunavut food coalition could help with.

“Let me assure you, Inuit know about polar bears,” Towtongie said, adding that polar bear populations are increasing in Nunavut and not decreasing.

“I think it’s always a mix of bright, and always something else. Because there’s always challenges, every day,” he said.

“There’s never a degree to where you’re satisfied or happy about it or not. It’s better than not having any[thing],” said Curley.

Curley was one of 21 people honoured with the Queen Elizabeth II Diamond Jubilee Medal at the celebration, for service to the community.

He is often considered as the father of Nunavut for helping negotiate the Nunavut Land Claims Agreement.

“Ideas never shape by themselves. They are created by somebody — and I happen to be one that was determined that [we] had a movement, that if all else failed, including the claims process, that we would always have something,” Curley said.

He says public services and poverty are still problems.

But Curley urges the young people of Nunavut to stick to education, and he encourages development, like mining, to move Nunavut forward economically.

Nunavut MP Leona Aglukkaq was the person who handed Curley his medal.

She said Nunavut’s accomplishments are worthy of celebrating and echoed Curley’s comments, pointing to education and economic development to take Nunavut further.

“We’ve existed for 13 years and I think we’ve done a lot in a short period of time. But the work remains and we’re committed to moving forward,” Aglukkaq said.

“Nunavut is well positioned to basically embrace all the opportunities that Nunavut does have,” she said, adding that a public government was a start, but growth must come next.

“Now it’s time to look beyond that and work with industry. Work with the fishing industry, or the mining industry, and open those opportunities for Nunavummiut,” Aglukkaq said.

Elisapie Sheutiapik, a former mayor of Iqaluit and the current president of the Pauktuutit Inuit women’s association, recognizes Nunavut’s struggles, but says patience is the key to positive accomplishments in politics.

“I know now things don’t happen overnight,” said Sheutiapik, who was also one of the 21 people honoured with a Diamond Jubilee Medal. Her message is to not give up hope.

“Iqaluit was only established two generations ago. My grandparents were first settlers. They went through starvations, and different challenges in their life, but they never gave up. And that’s why we’re here.”