“Any TB death is too many” 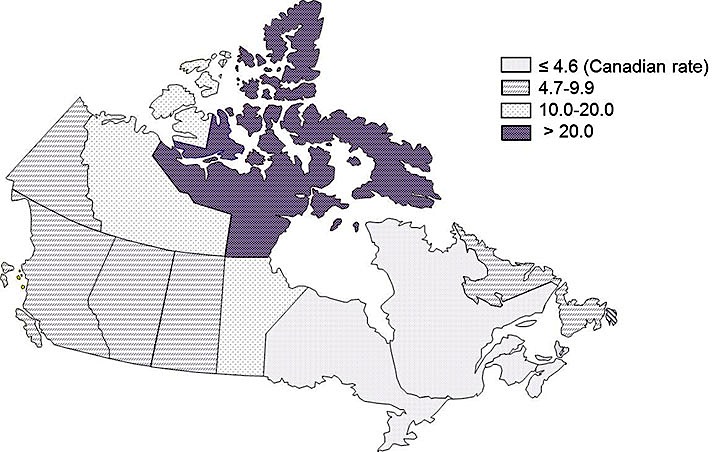 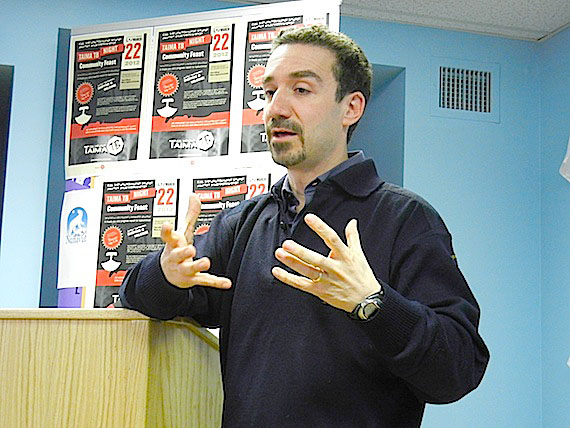 Speaking in 2012 at Iqaluit’s public health office, Dr. Gonzalo Alvarez talks about the Iqaluit-based project Taima TB. In 2011, it detected four active cases of tuberculosis and provided people with information about TB in Inuktitut that they could use to stay healthy. (FILE PHOTO)

No matter how you look at the public health numbers, tuberculosis rates among Inuit are “too high,” underlining the need for more TB awareness, screening and treatment, says Dr. Gonzalo Alvarez, a TB researcher and respirologist at the Ottawa Hospital.

Those high numbers include a rate of active TB among Inuit that’s about 270 times higher than in the Canadian-born non-Aboriginal population and a Nunavut TB rate that remains roughly 30 times higher in the territory than elsewhere in Canada.

And TB, an infectious disease, can be fatal, contributing to the deaths of about two Nunavummiut every year.

But even one death from TB is too much, said Alvarez, speaking to Nunatsiaq News in advance of World TB Day on March 24, the date in 1882 when the German scientist Dr. Robert Koch announced his discovery of the bacillus that causes TB.

“Any death related to TB for me is tragic,” said Alvarez reacting to a March 23 CBC North report on the death of Ileen Kooneeliusie, 15, of Qikiqtarjuaq, who died of TB Jan. 14 at the Children’s Hospital of Eastern Ontario.

“When I see that, it’s the wind behind our sails—any TB death is too many—and that’s what drives me.”

Alvarez already sees a clear course of action ahead: “What we have to focus on is early detection, awareness and treatment,” something he’s worked on in Nunavut through the Taima TB program and new “3HP” TB treatment study in Iqaluit.

The Taima TB program, which included a public awareness campaign, along with Inuktitut-speaking “TB Champions” who went door-to-door in Iqaluit to encourage screening and treatment, wrapped up in 2013.

Then, Health Canada and the Public Health Agency of Canada stepped in to fund clinical trials for the new TB treatment program in Iqaluit. This started last May, and is expected to last between 18 and 24 months.

For now, 32 people are in that program, Alvarez said.

This TB treatment dramatically reduces treatment time for patients with latent TB from 80 doses over nine months to 12 doses over three months.

And it reduces the use of isoniazid, a medication commonly used to treat TB, which contributed to the acute liver failure and death of TB sufferer, Annie Kootoo, 61, in January 2015.

The challenge of treating TB, particularly among youth, remains in Nunavut, where more than 10 per cent of reported cases were in children less than 15 years of age—and at rates from 13 to 50 times higher than found nationally.

There’s no doubt that making a diagnosis in people under 17 is much more challenging, Alvarez said, because they can’t produce samples and they carry a lower load of TB bacteria.

“That’s why its a lot harder to diagnose,” he said.

Young children in Nunavut do receive the anti-TB vaccine BCG, or Bacille Calmette-Guerin, recommended for babies under the age of two.

But that only reduces the severity and complications associated with TB. The BCG vaccine does not prevent TB, Alvarez said.

“That’s unfortunately why we still see TB all around the world,” he said.

According to a recent Canadian Medical Association Journal article on the medical diagnosis and management of pediatric TB in Canada, children and adolescents exposed to infectious TB should have a tuberculin skin test, which often needs to be repeated, and a chest X-ray.

For now, it’s easier to get that level of screening in Iqaluit, where there’s also a new DNA testing unit, called GeneXpert, at the Qikiqtani General Hospital, which has sped up diagnosis of TB, reducing the average time to start treatment to 1.8 days.

But increasing awareness could lead to better prevention, diagnosis and treatment in other Nunavut communities, Alvarez suggests.

The Taima TB Youth Education Initiative, part of the Taima TB program, focused on youth living in communities outside Iqaluit to produce the same kinds of results Taima TB did, he said.

While some of the impacts of the youth program were hard to analyze, Alvarez said the number of active TB in Nunavut has dropped—100 in 2010— to 52 in 2016.

Other contributors to TB also need attention, he said. These include poor and overcrowded housing, lack of food and smoking, which make it “easy for this bug to continue.”

Here you can watch one of the videos on TB produced during Taima TB, with its message in Inuktitut and English.