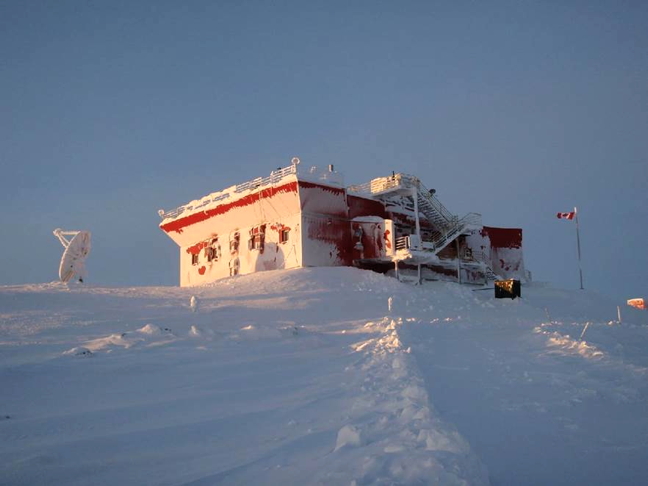 The Polar Environment Atmospheric Research Laboratory on Ellesmere Island got another short-term funding injection to continue advancing atmospheric science research until the fall of 2019. (PHOTO BY DAN WEAVER) 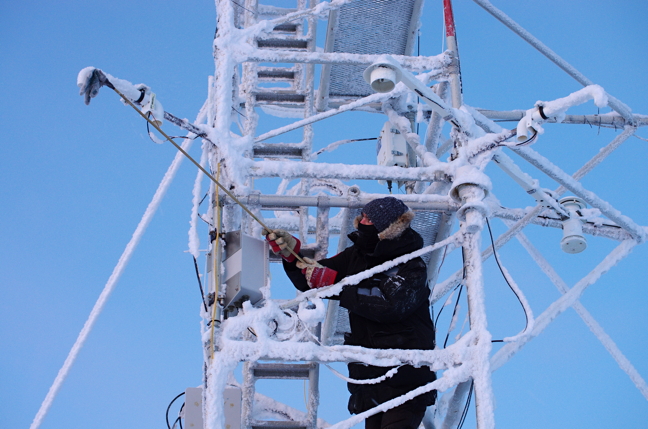 Canada’s most remote research station has survived the chopping block again and now has another a year-and-a-half—and $1.6 million—to study climate change in the Canadian High Arctic.

That’s thanks to new interim funding for the Polar Environment Atmospheric Research Laboratory, known as PEARL, at Eureka, on Ellesmere Island, announced Nov. 8 by Catherine McKenna and Kirsty Duncan, the ministers of environment and science, respectively.

“Not surprisingly everyone is quite happy … and more than a little relieved,” said Pierre Fogal, PEARL’s site manager.

PEARL received five years worth of funding in 2013 from the then-Conservative government, but until now, the Liberals had made no commitment to continue paying for the atmospheric science station.

“Our funding had a sunset date of next summer. At that point we were not going to have any more funds, so we were working towards a reduction in service, at the very least,” said Fogal, over the phone from Eureka.

That would likely have meant shrinking operations to just a few weeks for the year, similar to what happened the last time the station ran out of funding in 2012.

The $1.6 million from Environment and Climate Change Canada and the Natural Sciences and Engineering Research Council means that university researchers can keep up with experiments and data collection, uninterrupted, until the fall of 2019.

Currently, PEARL is manned for 11 months of the year, and many of the automated instruments work all day, every day, year round.

“We now have a moderately long record of measurements here in the Eureka area,” Fogal said.

That consists of measurements for atmospheric composition, meaning things like cloud types or pollutant particles that make their way to the Arctic.

With a record going back to 2005, “we’re gaining an understanding of what’s here, where it comes from, how it affects things locally,” he said.

Should the station shut down, “all of that would be interrupted …You can’t measure yesterday’s atmosphere, you can only measure today’s and hopefully tomorrow’s,” Fogal said. “We provide a Canadian data product that just isn’t available through any other measurement set.”

Still, the new funding is only an interim solution. But while it’s a one-time announcement for now, Duncan promised that PEARL would not be left out in the cold.

That investment measures out to about $100 million in promised funding since 2015, “which is more than double what we have spent in the previous 10 years,” she said.

“The previous government used CCAR (the Climate Change and Atmospheric Research program) as a one-off solution to solve a political problem,” Duncan said. “But climate change research is too important and deserves more than one-offs.”

That could indicate the possibility for more PEARL funding in the future. Or not.

“In the meantime, officials will work with [PEARL] researchers to find alternative sources of funding,” Duncan said.

“We need the evidence they produce to help us better understand climate change,” she said, and understanding how atmospheric pollutants and ozone depletion impact the Arctic Ocean and sea ice.

The science minister last visited Nunavut this fall when she met with researchers at the Polar Continental Shelf Program in Resolute, and held a series of meetings with elders and women who contribute to the scientific community in Iqaluit.