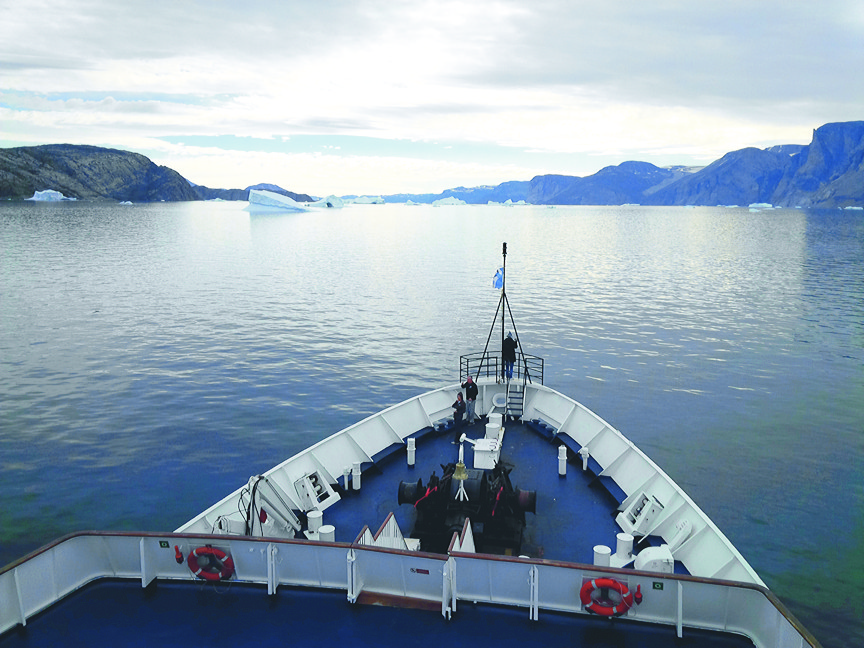 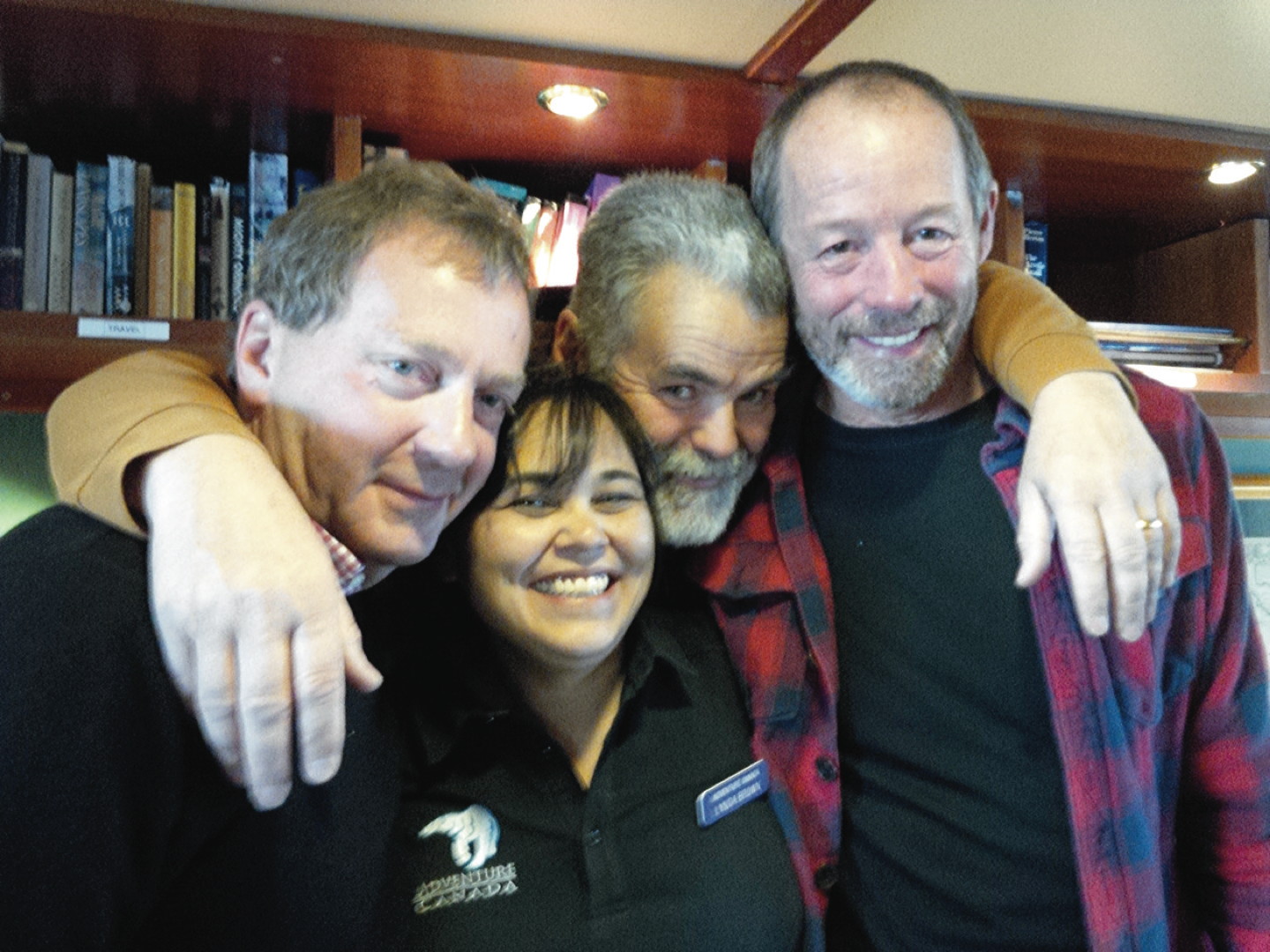 OTTAWA — No one asked her how many words Inuit have for snow.

In fact, most people aboard Adventure Canada’s 118-passenger cruise ship Sea Adventurer asked intelligent questions about Nunavut’s environment and economy during a cruise “Into the Northwest Passage,” this past Aug. 6 to Aug. 20.

Lynda Brown, Inuit Family Literacy Coordinator with the Ottawa Inuit Children’s Centre, doubled as a cruise “culturalist” for a few weeks this summer in what she describes as a rewarding personal experience and job opportunity.

And unlike last year — her first year working on a cruise for Adventure Canada — the seasickness was manageable.

Brown, whose mother is from Pangnirtung and father is from Montreal, was born in Iqaluit but grew up in Alberta and Ontario.

A throat-singer and performer, Brown was recruited by Adventure Canada staff three years ago when they saw her at a public performance.

On the ship, she provides live entertainment and cultural information to guests during the two-week cruise.

Brown said she’s so used to performing for southern audiences that it was a pleasure to throat sing and drum dance on the land in Nunavut.

“It was incredibly spiritual,” she said. “Going out and singing on the land was a whole new thing. The fact I did it in places my ancestors did it, that was what made it so special.”

Passengers aboard the “Into the Northwest Passage,” cruise (now called “Northwest Passage East to West”) began their journey in Kangerlussuaq, Greenland and then made stops at Sisimiut, Illulissat, Qilaktsoq, Karrat Island, Pond Inlet, and a number of historic spots such as landing at Dundas Harbour and Fort Ross, before wrapping up in Resolute.

Guests paid between $7,195 and $16,595 for accommodations on board and all the entertainment and expertise that Adventure Canada can muster.

The Mississauga-based Adventure Canada has always made Inuit culture part of their business, said marketing director Red Hunt, mainly because passengers demand it. Who better to answer questions about the northern environment, history, music and art than Inuit expedition staff, he said.

While on board the Sea Adventurer, guests are offered performances, film screenings, educational presentations and also informal conversations with geologists, marine biologists, archaeologists, wildlife specialists, musicians, filmmakers, authors and “culturalists” such as Brown.

Among the many specialists on Brown’s cruise were a few famous names including author Noah Richler, son of the late Mordecai Richler, filmmaker John Houston, and 1990s-era Canadian rocker Barney Bentall.

“Expedition staff are what keep a lot of people coming back year after year,” he said, especially Inuit staff who offer valuable context and can explain to urban southerners, for instance, why Inuit hunt animals and what they do with the body parts.

Actor and performer Lamech Kadloo, of Pond Inlet, was another culturalist on board.

Kadloo is featured in Houston’s new film, The White Archer, which was screened for guests on board although the screening was interrupted several times, Brown said, by shouts of “narwhal!” or “polar bear!” which drew people, and their cameras, on deck.

Houston, who has made several films about the North, joined Brown in some throat singing at one point and proved himself a skilled opponent by winning two out of three rounds.

“He’s got a really great guttural sounds,” she said.

Brown said guests on board hailed from all over the world, including countries like Australia, South Africa, Norway and Japan, though Hunt said Canadians still make up 80 per cent of their clients.

One group of passengers were particularly entertaining, Brown said. A Chinese film crew was on board documenting a Chinese couple drum dancing and eating country foods for an upcoming episode of the Chinese reality show “Canada, You Can Be a Star.”

Brown said the crew had an expensive digital camera mounted on a drone that would hover above the ship for aerial footage but at one point, it malfunctioned, drifted off, plunged into the icy Arctic waters, and was lost. Crew members concluded the North Magnetic Pole interfered with their navigation system.

According to the Government of Nunavut’s new tourism strategy, Tunngasaiji, Nunavut hosted 1,890 cruise passengers from 18 cruise sailings in 2011.

Nunavut Tourism’s CEO, Colleen Dupuis, says the number of Nunavut sailings aren’t rising significantly but the number of passengers on board, and sometimes the size and capacity of the ships, are increasing.

The rise in cruise tourism in Nunavut has raised some environmental, cultural and economic development issues and even spawned academic research.

Because the industry is still evolving, Tunngasaiji is calling for, among other things, a “cruise ship and yacht management plan.”

“The cruise ship industry requires much greater regulation and oversight, as well as an assessment of the potential benefits, and costs, of this market,” the strategy says.

Whether benefits will outweigh costs depends on many factors including a cruise company’s willingness to support local economies.

Adventure Canada’s employment of Inuit on board really helps visitors understand, for example, that arts and crafts sold in the communities are handmade with local materials and therefore more expensive than cheap imported trinkets sold at southern department stores, Dupuis said.

“Cruise ships that come in and benefit communities, they’re always very welcome. And we’re working with communities to make sure they are doing what the cruise ships need and want,” Dupuis said.

It’s no longer enough to just offer drum dancing and throat singing, especially if your community is the third or fourth stop.

Communities need to lure cruise companies in by offering something different, said Dupuis, and Nunavut Tourism, as well as Parks Canada, can help local residents develop a unique package that’s specific to their region and history. 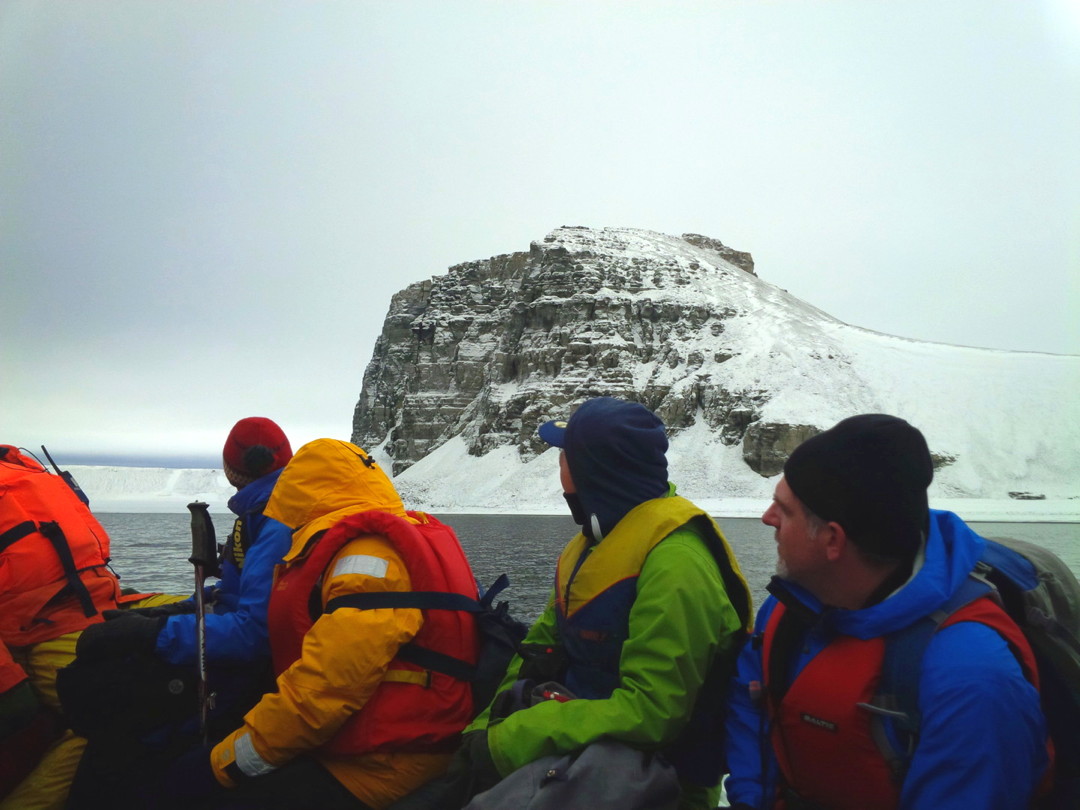 Passengers say farewell to Karrat Island, off the Greenland coast, on an August 2013 cruise called “Into the Northwest Passage” which wound its way from Kangerlussuaq, Greenland to Resolute. (PHOTO BY LYNDA BROWN)