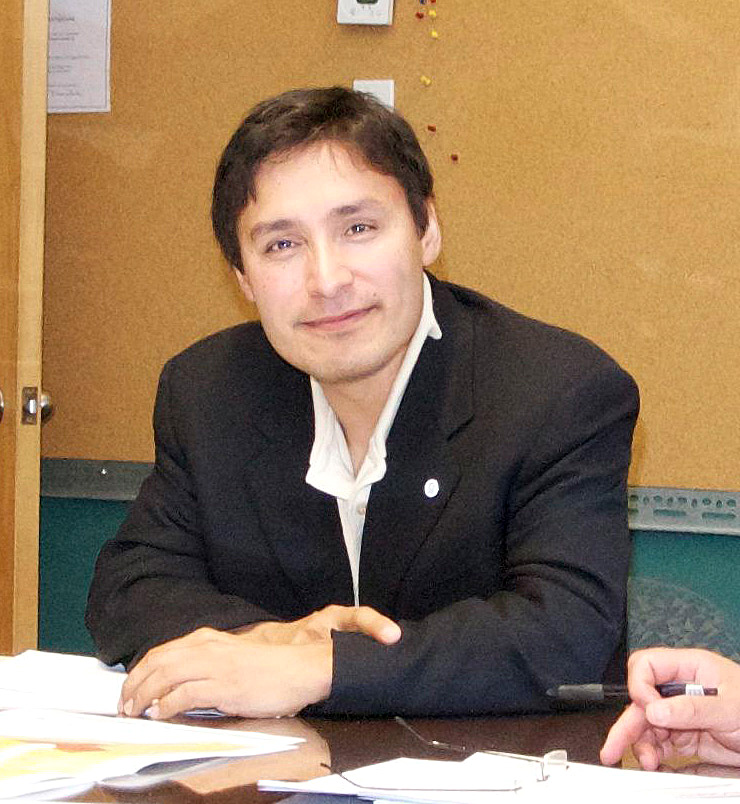 Kirt Ejesiak, the City of Iqaluit’s chief electoral officer for the 2013 municipal elections, said the Oct. 28 ballot “was the smoothest we’ve ever run,” despite their having to work with a badly outdated municipal voters list. (COURTESY PHOTO)

Voter turnout in municipal elections was far below turnout for the territorial election in Iqaluit, Oct. 28, but that’s not what concerns Kirt Ejesiak, the chief returning officer for elections with the City of Iqaluit.

A persistent sticking point, ever since his first contract as chief returning officer in 2006, is the city’s outdated voters list.

“Every election, our voters list is inadequate,” he said.

Staff of the city’s elections office, who work on fixed contracts only at election time, found, as usual, that the voters list this year was outdated.

In an “ideal world,” the territory would share its list with the city, but that isn’t the case, Ejesiak said.

In his experience, the city’s list has always included a large number of invalid names — former residents who are either deceased or have moved away.

Moreover, many current residents are simply missing from the list.

In the municipal elections for a councillor and school board members, Ejesiak and his staff registered 390 voters who were not on the city’s list of 3,398 eligible voters, he said.

This brought the final voter count up to 3,788.

Total voter turnout came to only 1,241, meaning that almost one-third of eligible municipal voters were not even on the city’s list.

Iqaluit’s constantly changing population means the city should make more of an effort to keep the list updated, he said, to keep city elections from becoming an exercise in election day voter registration.

“The population is increasing, even since the last census [of Canada, in 2011], so definitely folks are moving on, and moving to the city,” he said.

The most important item to update, he added, is to remove the names of deceased residents “out of respect.”

The chief electoral officer and staff’s terms are timed from a nomination period several weeks before the election, up to the election’s closure.

“I’m not there for the rest of the year or years, until they hire someone for the next election,” he said. “So that’s one of the toughest jobs of the returning officer is how to maintain this list.”

Besides deceased voters, Ejesiak said his staff also came across lifelong Iqaluit residents who have voted before and whose names were not on the voters’ list.

Ejesiak said he would be making the same recommendation to the city as in previous years — to maintain an updated voters list — with an added feature this time: a figure on how much the city can save by maintaining one.

“It’s not a big job,” he said. “We have the city tax roll, and there could be some coordination with the territorial list, which they maintain more than we do.”

Besides the huge number of voter registrations required, other difficulties this time stemmed from voters confusion with the two elections.

Some people believed that territorial voter cards were municipal notices, and others did not know that municipal polls closed one hour earlier than the Nunavut-wide election.

Despite the troublesome list and the few cases of confusion, Ejesiak said this year’s municipal elections had no issues at all.

“I thought it was the smoothest election we’ve ever run,” he said.

Voter turnout for the municipal elections amounted to 33 per cent of Iqaluit’s entire voting population, well below the participation rate in each of Iqaluit’s four constituencies for the Nunavut election.

Territorial voting turnout in Iqaluit ranged from a low of 50.3 per cent in the riding of Iqaluit-Sinaa, to a high of 72.1 per cent in Iqaluit-Tasiluk.