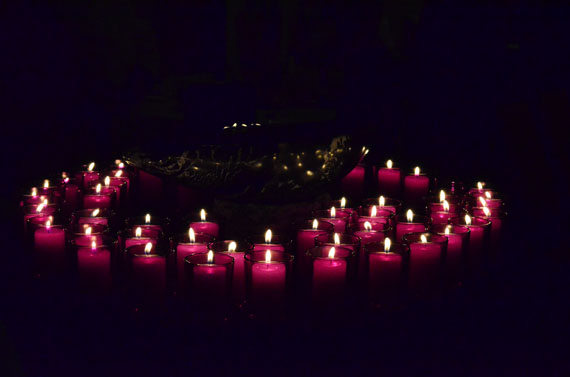 Family members of of missing and murdered Inuit women and girls lit candles at an Ottawa ceremony hosted by Pauktuutit last winter, where each candle represented a victim of violence. (FILE PHOTO)

Pauktuutit Inuit Women of Canada has asked the federal government to appoint a sixth, Inuk commissioner to oversee the upcoming national inquiry into Missing and Murdered Indigenous Women and Girls.

Pauktuutit expressed concerns last week that a draft list of five commissioners did not include an Inuk — one of the group’s most pointed recommendations after pre-inquiry consultations.

The Globe and Mail reported last week noted that Qajaq Robinson, a Nunavut-raised, Inuktitut-speaking lawyer will serve on the commission, along with four other First Nations and Métis women.

Pauktuutit has since met with staff at the office of Indigenous and Northern Affairs minister Carolyn Bennett to discuss their concerns, and later drafted a letter to the minister requesting that a sixth, Inuk commission be named.

“We’re not against the person who was appointed,” Kudloo said in a July 25 interview.

Kudloo said that Pauktuutit did not suggest other possible Inuit candidates to serve on the commission, only because the organization expected to hear back from Indigenous and Northern Affairs in order to recommend some names.

Kudloo said that she’s since learned that the inquiry was accepting suggested candidate names through its website.

But from the time Pauktuutit was involved in pre-inquiry consultations last December, Kudloo said the organization heard very little from the department, until she received a draft plan for the inquiry earlier this month.

And Pauktuutit is still waiting to hear if the federal government plans to fund Inuktut-language support for Inuit who participate in the inquiry — before, during and after the process.

When asked if Pauktuutit would work with Robinson, in the absence of another Inuk commissioner, Kudloo said “We fully support [the inquiry.] And we’ll do our part. But this is disappointing.”

Kudloo said the federal government hasn’t improved on its approach reconciliation since the Truth and Reconciliation Commission, which examined the impacts of residential school on Indigenous peoples.

“The TRC didn’t have Inuit commissioners, and a lot its recommendations focused on First Nations [issues],” she said. “This time around, we wanted to be full participants.”