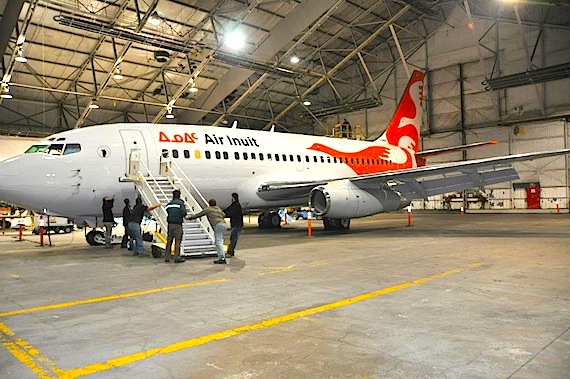 Officials with Nunavik’s Makivik Corp. check out Air Inuit’s redesign at a Montreal hangar last month. The orange Canada goose that hugs the back end of the plane replaces the airline’s former logo, a basic block of red, orange and yellow parallel lines. The Makivik-owned airline will officially launch the new design in mid-November, while re-doing the design on its current fleet over the next two to three years. (PHOTO COURTESY OF ANDY MOORHOUSE)