Photo: An orca spotted in Puvirnituq 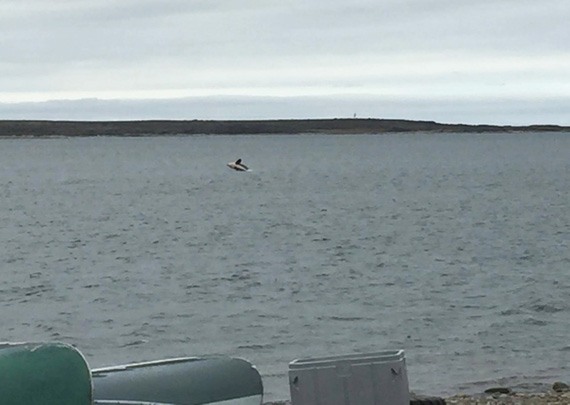 A rare sighting in Puvirnituq: residents of the Hudson coast community in Nunavik spot an orca, or killer whale swim, into the Puvirnituq river early July 5. The whale spent the day in viewing distance of the community of 1,700, following a pod of beluga whales. The last reported sighting of killer whales in Nunavik was in 2013, when a group of orca whales became trapped in the sea ice near Inukjuak. A 2012 study found that melting sea ice is attracting more killer whales, or orca, to the Canadian Arctic where the whales are preying on mammals like seals, belugas, narwhals and even the much larger bowhead whale. (PHOTO BY MUNCY NOVALINGA)