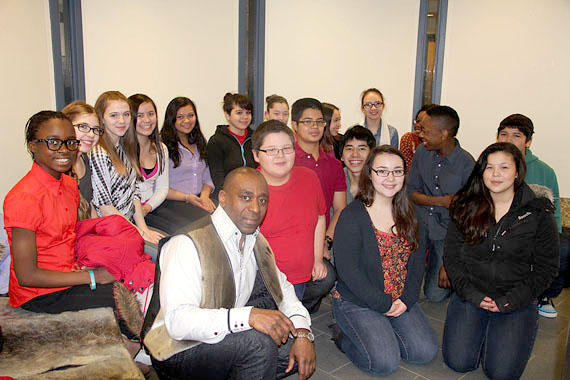 Members of the Aqsarniit Film Club in Iqaluit and their instructor Mark Caine sit in the gallery of the Nunavut legislature March 1. Education minister Eva Aariak praised their group as “an inspiring example of how our younger generations are bringing Nunavut to the rest of the world.” The 12 students from the Aqsarniit Film Club have produced eight short films and submitted them to the annual Toronto Student Film Festival competition. The club members travel next month for the screening of their films on April 26 at the University of Toronto. “I would like to wish the filmmakers from Aqsarniit Middle School in Iqaluit, great success at the competition,” Aariak said. (PHOTO BY SAMANTHA DAWSON)