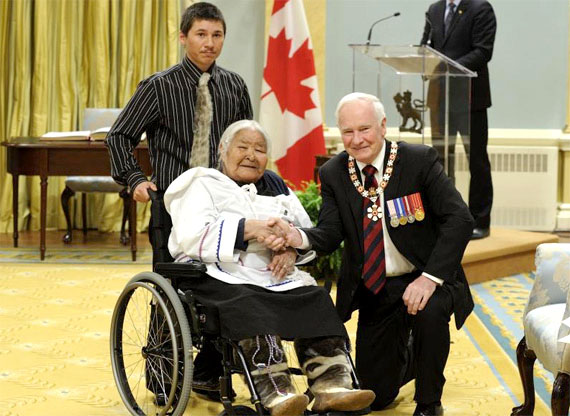 Pangnirtung artist and elder Elisapee Ishulutaq shakes hands with Governor General David Johnston at a Rideau Hall ceremony May 7, where she became a member of the Order of Canada. The 88-year-old print maker was awarded the distinction for her “progressive artwork and for her contributions to the cultural and economic health of her community as a role model and mentor.” Ishulutaq started drawing and carving in 1970, and has contributed more than 94 original images to Pangnirtung’s annual collection. (PHOTO COURTESY OF THE OFFICE OF THE GOVERNOR GENERAL)