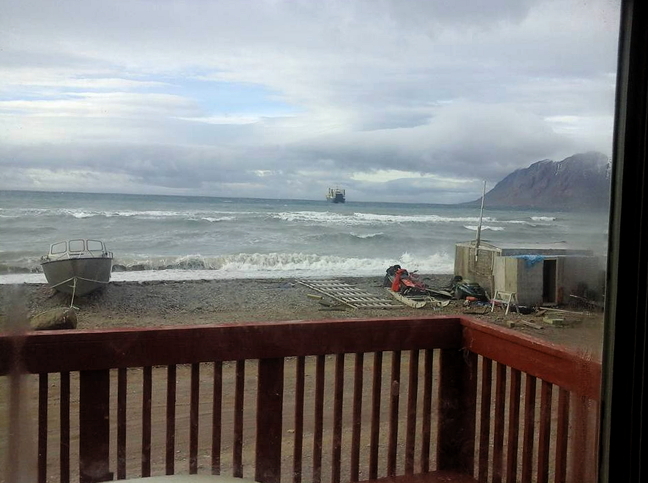 High waves again batter Grise Fiord: On Aug. 31 and Sept. 1, Nunavut’s most northerly community again experienced large waves and whitecaps as these photos, taken by Bernard Ungalaaq Maktar, plainly show. It’s the second time in less than two weeks that this community has seen larger-than-usual waves, which have threatened roads and buildings by the shore. According to Environment Canada, winds were supposed to be gusting up to 60 kilometres per hour in Grise Fiord Sept. 1. (PHOTOS BY BERNARD UNGALAAQ MAKTAR)