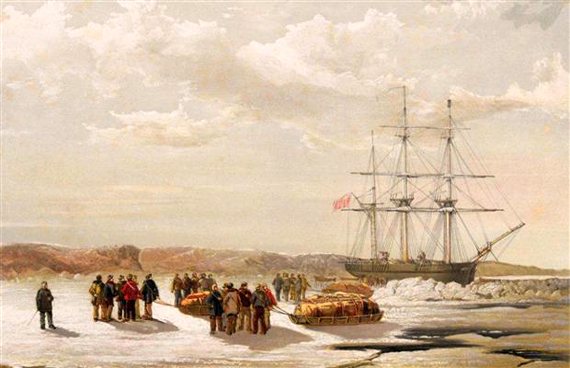 This sunken ship was found two summers ago by archeologists from Parks Canada, lying largely intact in the waters off Banks Island. Now, a rare, 158-year-old book detailing the ill-fated, 19th-century voyage of the Franklin Expedition search vessel HMS Investigator — illustrated with eight famous images by one of the ship’s senior officers — has come to auction in Britain, where it’s expected to sell for about $20,000. (IMAGE COURTESY OF POSTMEDIA NEWS)