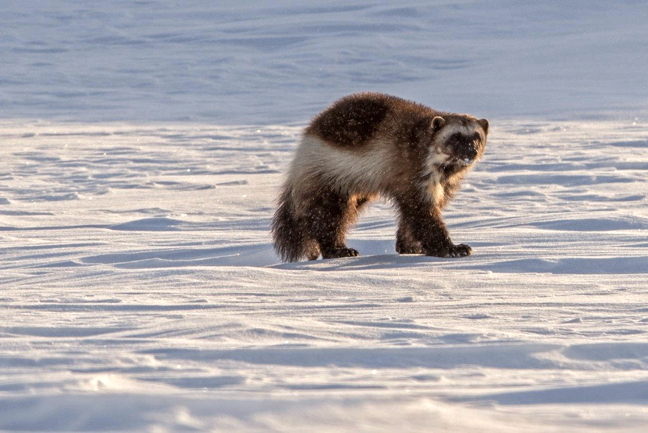 Known in the Kivalliq region as qavvik and to scientists as gulo gulo, the wolverine resembles a small bear but is actually the largest member of the weasel family, according to the National Geographic website. Solitary animals, they may travel 24 kilometres in a day in search of food which is partly plants and partly small mammals such as rabbits and rodents. But they have been known to attack animals larger than themselves, such as caribou, if the prey appears weak or injured. They’ll also feed on the dead carcasses or dig into the ground if they smell hibernating animals. According to 2016 North American Fur Auction figures, an average wolverine pelt last year sold for $187 US, or as much as $338 US if it’s good quality. This one was shot only with a camera, north of Chesterfield Inlet, on April 20. (PHOTO BY PUTULIK PHOTOGRAPHY)