Photo: Edna Elias gets a buzz 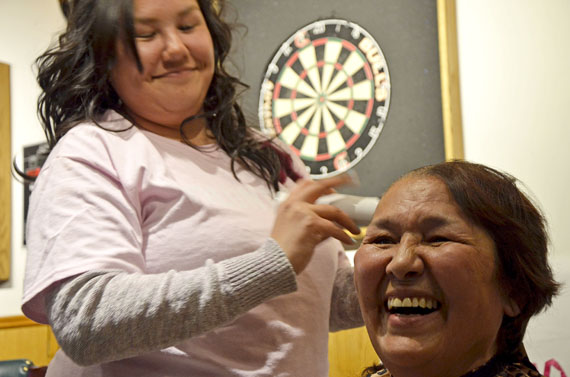 Edna Elias, the commissioner of Nunavut, gets a buzz cut April 25 at the Elks Lodge in Iqaluit during a Women in Action fundraiser for breast cancer research. Paul Lawlor of Iqaluit bid $1,500 to have Elias’s head shaved. Overall, the event raised more than $30,000. The Women in Action group is gearing up for its 2014 Steps of Hope walk April 30 when four Nunavut women will walk between Rankin Inlet and Whale Cove. (PHOTO BY DAVID MURPHY)