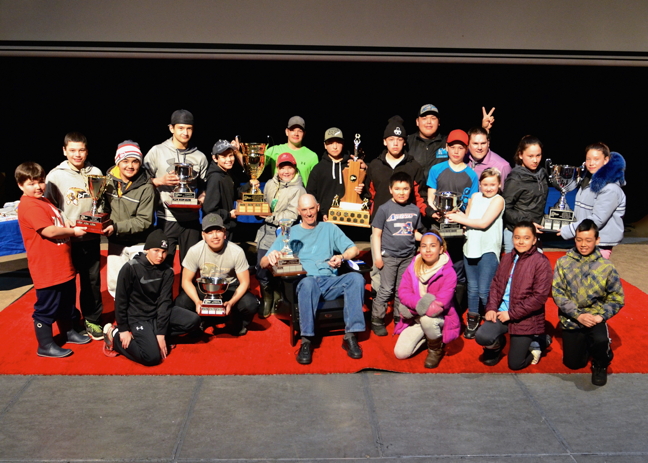 Kuujjuaq’s young enthusiastic hockey players pose for a group shot May 1 at the Katittavik Town Hall Theatre. Every year, the Kuujjuaq Minor Hockey League hosts an end of the year gala and awards ceremony to reward youth for many things including on-ice performance, sportsmanship, discipline, perseverance, improvement and dedication. Sitting in the chair is Lorne Whiteley, long-time Kuujjuaq Forum building manager and hockey volunteer who is retiring this year. He’s sitting on a chair especially for him with the Umimmait hockey team logo on the back along with his name. (PHOTO BY ISABELLE DUBOIS)