Photo: Fire in Iqaluit brings out the firefighters 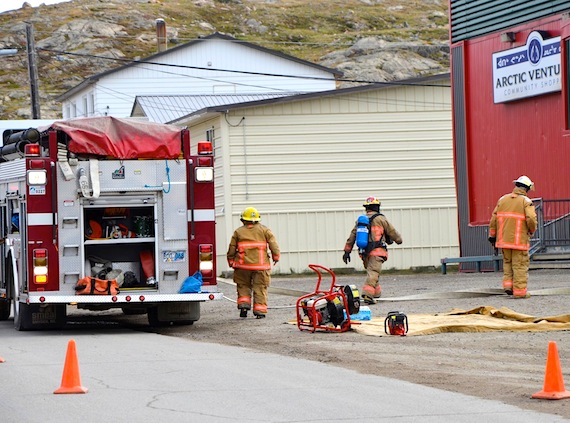 Firefighters walk outside the Arctic Ventures Marketplace store in Iqaluit at about noon on Aug. 27 after receiving a call about smoke in the building. “It was a ventilation appliance that basically malfunctioned, so it produced a little bit of smoke from the fan,” Iqaluit fire chief Luc Grandmaison said later Aug. 27. The incident caused no damage to the building, said Grandmaison. After an evacuation and an inspection from the fire department, the store reopened for business later in the afternoon. (PHOTO BY DAVID MURPHY)