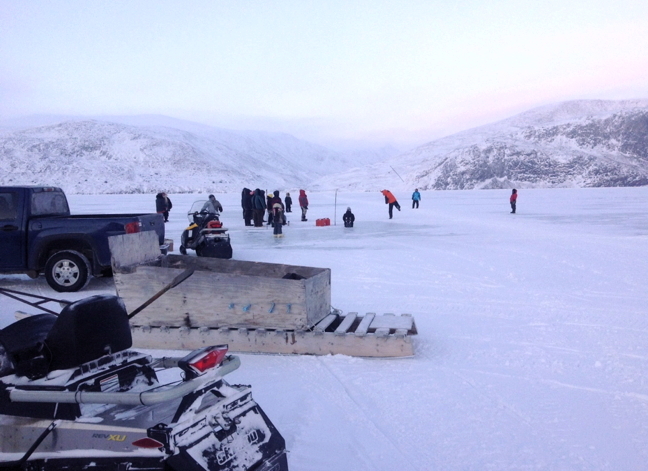 Who cares if it’s -45 C with the windchill? Pangnirtung residents compete in the harpoon throwing event on the sea ice Dec. 29 as part of this year’s annual Christmas games. The games, which began Dec. 24 and are scheduled to continue, both indoors and outdoors, until Jan. 2, are part of a tradition in many communities across Nunavut and Nunavik and usually feature a variety of traditional games and sports, dancing and feasting. A parade is scheduled to unfold in Pangnirtung on New Year’s Eve following a church service at 10 p.m. Call your hamlet office for more details. (PHOTO BY DANIEL KULUGUQTUQ)