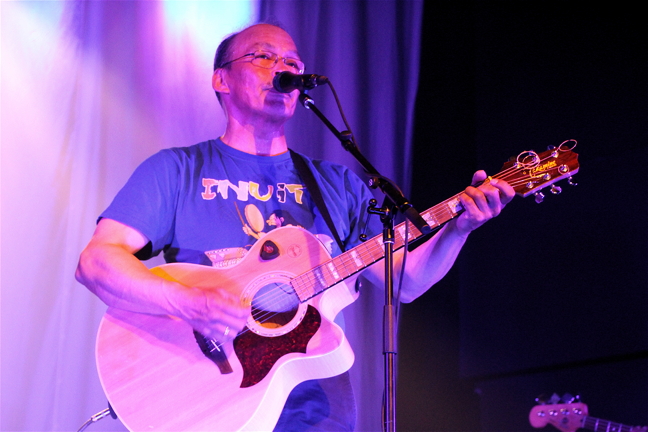 Iqalungmiut went wild for Niels Platou and the Greenland band Naneruaq, headliners for opening night at the annual Alianait Arts Festival June 30. It was the first time the classic Inuit rock band had graced an Iqaluit stage. Naneruaq’s Ulrik Augustussen later made a point to offer thanks on behalf of his band, and his homeland for the financial support that the Nunavut government sent to Greenland after their island was hit by a devastating tsunami June 18. Alianait, which featured a host of musical and dramatic performances in Iqaluit last weekend, wrapped up July 3. (PHOTO BY BETH BROWN)