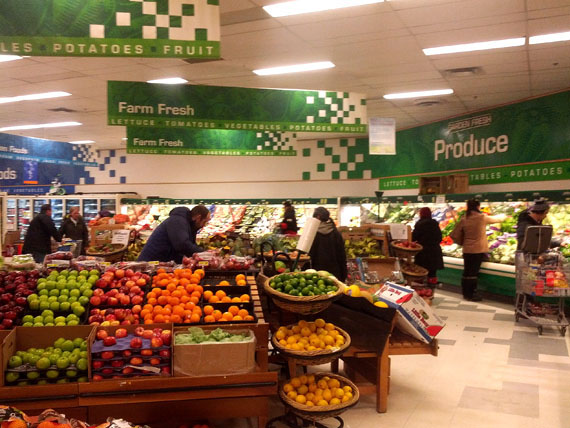 It was hard to tell there was a boycott of North West Co. Jan. 31, judging by the activity at the Northmart store in Iqaluit, where shoppers clogged the parking lot and bought numerous products, including from the produce department. The social activism group Feeding My Family had called on its supporters to boycott North West Co.’s retail outlets — Northern stores in Nunavut and Nunavik — to pressure the company into lowering its food prices. (PHOTO BY THOMAS ROHNER)