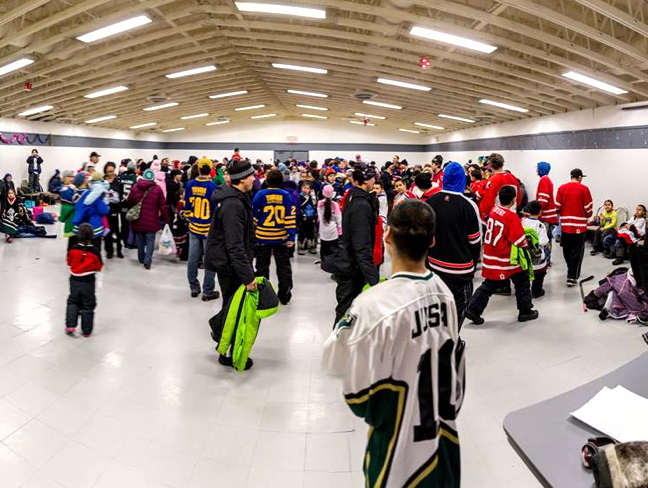 Hundreds of Clyde River residents pack the community hall Dec. 29 to play the hamlet’s traditional jersey elimination game. Fans of the Habs, the Maple Leafs, the Black Hawks, Senators and others had fun teasing each other during the annual draw. Here’s how it works: judges write down the names of all teams represented and one by one, draw the names of those teams from a hat. If your team name is called, you are eliminated. If the last team remaining has more than one participant, judges write down jersey numbers and/or participant names and draw those until there’s one person remaining; that person wins. This year, the winner was 13-year-old Jason Panipak-Corkett who took home the $500 prize, wearing his father John Corkett’s childhood Purdue team jersey. Congrats Jason! (PHOTO BY NIORE IQALUKJUAK)