Photo: Inuit must mine their own business 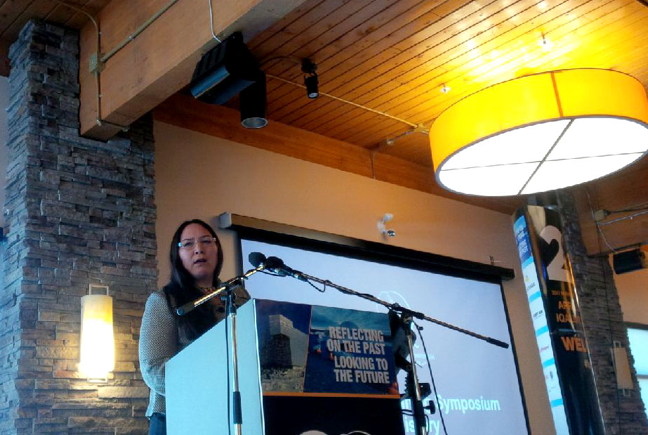 Aluki Kotierk, president of Nunavut Tunngavik Inc., opens the Nunavut Mining Symposium in Iqaluit April 4, speaking in Inuktitut about Nunavut and the importance of mining—and training—to Inuit. “If there’s going to be another mine, Inuit are going to expect to be hired,” she said. The theme of this mining symposium, now in its 20th year: “Reflecting on the past, Looking to the future.” Premier Peter Taptuna also spoke at the symposium’s opening, saying proponents of the Grays Bay Road and Port project in western Nunavut, the GN and Kitikmeot Inuit Association, plan to submit a proposal soon to the Nunavut Impact Review Board. In his speech, Taptuna called the road—which will lead from a port on the Arctic Ocean to a winter ice road near the NWT-Nunavut boundary—”critical infrastructure,” and he hopes it earns financial support from the federal government. Read more on the symposium later on Nunatsiaqonline.ca. (PHOTO BY JANE GEORGE)