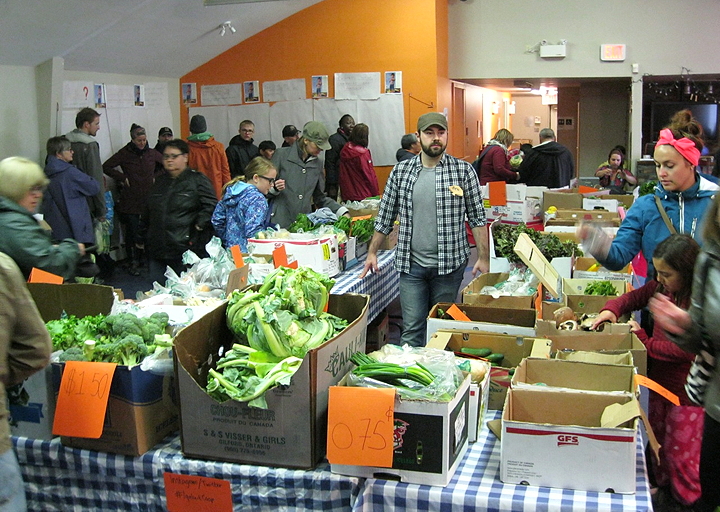 Iqaluit residents got to sample a real farmer’s market at the Francophone Centre, Saturday, Aug. 30, featuring fresh vegetables, fruit and cheeses from southwestern Quebec and eastern Ontario. Organizers hope to offer fresh food from the peak growing season through a purchasers’ co-op. Long line-ups outside the centre proved demand for fresh produce in the Nunavut capital is high, said Michel Potvin of the co-op group. In less than two hours, Iqalummiut bought up 700 kilograms of produce, much of it at prices lower than local supermarkets. Potvin remarked later that the success, “was beyond our wildest dreams.” (PHOTO BY PETER VARGA)