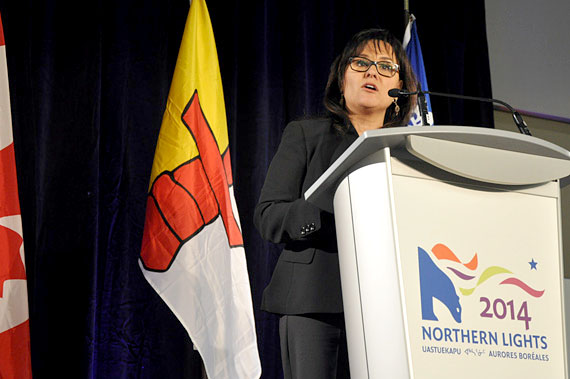 Nunavut MP Leona Aglukkaq spoke at the opening of the Northern Lights business and cultural showcase in Ottawa Feb. 1. The third edition of the northern trade show is evidence of the economic progress being made across the North, Aglukkaq said, while committing her government to helping realize new projects. “As a northerner, I like to remind people that what is good for the north, is good for the rest of Canada,” she said. Northern Lights runs until Feb. 4 at the Ottawa Convention Centre. (PHOTO BY SARAH ROGERS)