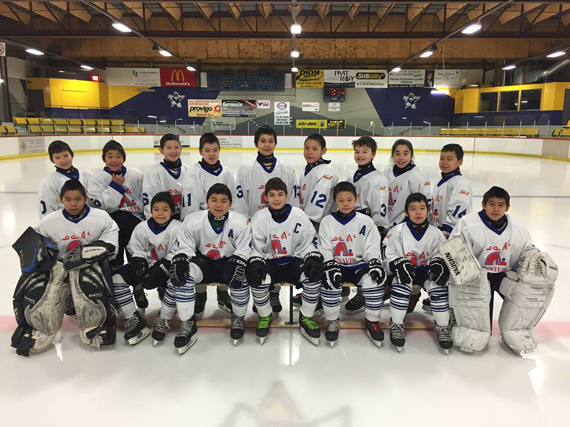 Members of the Nunavik Nordiks Atoms pose for a team shot ahead of their upcoming tournament, which kicks off Jan. 29 in Saint-Raymond, Quebec. The team, which runs under the Nunavik Youth Hockey Development Program, hopes to defend its 2014 title. (PHOTO COURTESY OF THE NYHDP)