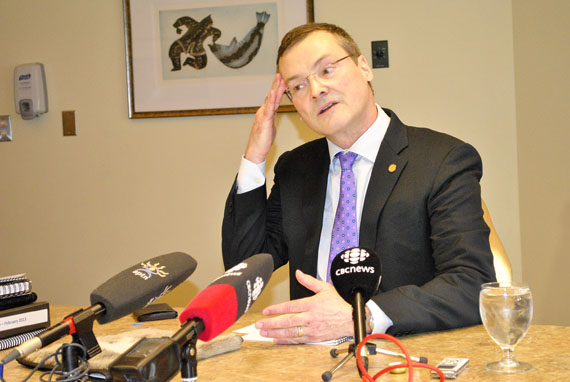 Keith Peterson, the Nunavut finance minister, wipes some perspiration from his brow Feb. 27 while he prepares to make remarks to reporters gathered at a budget lockup just prior to his 2013 budget address at the legislative assembly. Peterson said the Government of Nunavut expects to produce a small surplus of $21.9 million by March 31, 2014. And in 2013-14, the GN expects to spend about $1.65 billion — about $43,465 for every man, woman and child in the territory. Read more on Nunatsiaqonline.ca. (PHOTO BY JIM BELL)