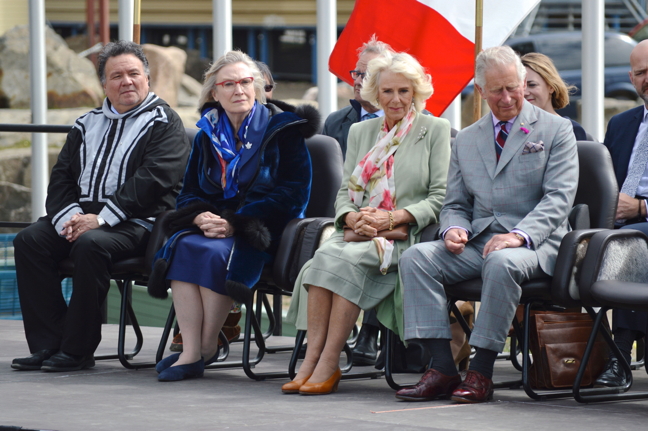 Prince Charles, at right, awaits his chance at the podium outside Nunavut’s legislature in Iqaluit June 29, with his wife Camilla at his side and then Carolyn Bennett, minister of Indigenous and Northern Affairs Canada, in a sealskin coat, and Nunavut Premier Peter Taptuna. The Prince, Camilla and their entourage, including a pack of reporters, arrived in Iqaluit just before noon Thursday for a tour of Nunavut’s capital which included speeches at the legislature—and even a few words of Inuktitut from the Prince. Later this afternoon, the royals will attend a public feast and celebration at Sylvia Grinnell Territorial Park. More to come on Nunatsiaqonline.ca. (PHOTO BY STEVE DUCHARME)