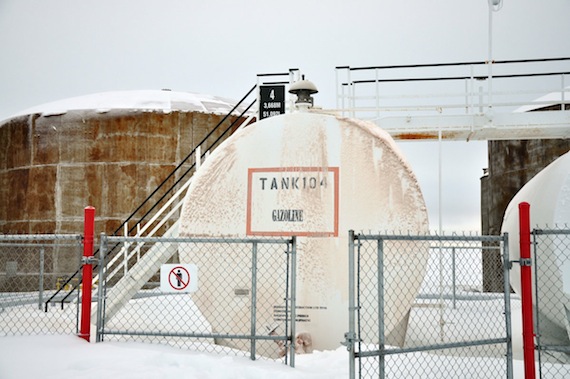 Resolute Bay’s fuel tank farm, where crews have contained almost 100,000 litres of spilled fuel since last week. The smaller white tank in the foreground draws fuel from the largest tanks and is used to distribute fuel to the public. But sometime late Oct.27, the valves to that tank were opened and fuel spilled out from the bell-like feature at the top of the tank. The spill went unnoticed until early Oct. 28, when RCMP were called to investigate. (PHOTO COURTESY OF RON ELLIOTT)