Photo: The importance of yoik 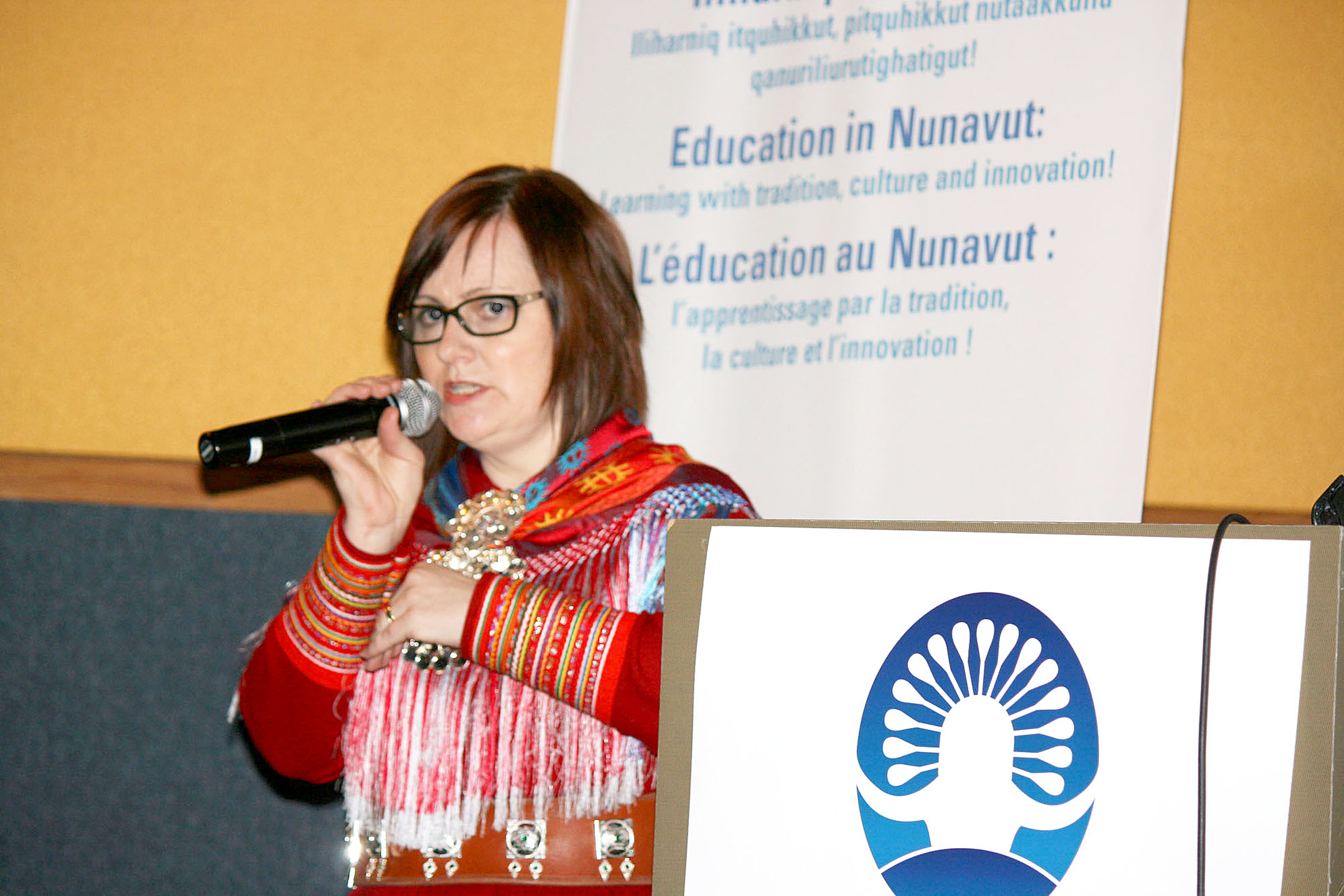 Laila Aleksandersen Nutti, an assistant professor of education at the Saami University College in northern Norway, talks about the importance of yoik — traditional Saami songs — in early childhood education Nov. 29 at the Circumpolar Conference on Education for Indigenous People at the Frobisher Inn in Iqaluit. “Yoik is not only a musical way. It’s about communication, learning, describing, it’s about being, it’s about feelings — that you might not show other ways,” Nutti said, adding that yoik is not something that’s done in the school system in Norway. “You’re not allowed to do it, not in the school system. And somehow that seemed to have followed into the early childhood sectors.” (PHOTO BY DAVID MURPHY)