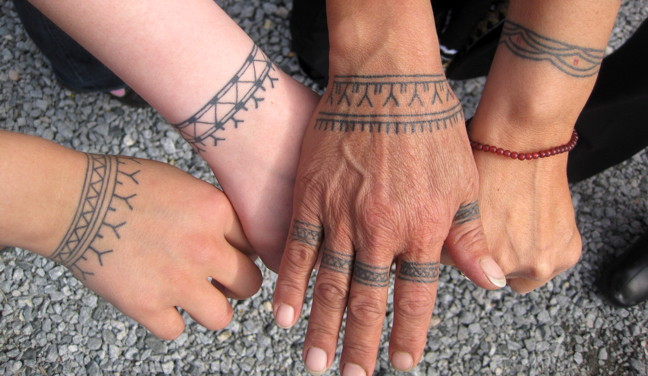 What happened to the traditional art of tattooing Inuit women’s hands and faces? And why so much fear and disdain from people when she asked about it? Those were some of the questions Iqaluit filmmaker Alethea Arnaquq-Baril set out to answer in her documentary film “Tunniit: Retracing the Lines of Inuit Tattoos.” She eventually found a few elders willing to talk about it and discovered how, like many other Inuit traditions, it was swallowed up by rapid cultural change and Christianity. In the end, she found new meaning for words like identity, community and spirituality. Tunniit will be screened tonight, April 29, at 7:00 p.m., at Iqaluit’s Centennial Library/Unikkaarvik Visitor’s Centre as part of National Canadian Film Day. For more information, call 867-979-5400. (PHOTO BY ALETHEA ARNAQUQ-BARIL)