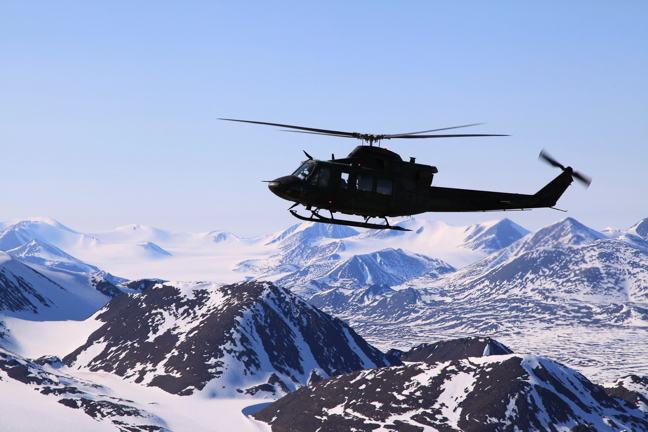 A “FREEDOM 53” CH-146 Griffon helicopter from 408 Tactical Helicopter Squadron flies above the United States mountain range on the northern portion of Ellesmere Island June 18 during Operation NEVUS 2015. Both the American and British mountain ranges are found in this area of northwest Ellesmere Island. Operation NEVUS is an annual deployment in May and June of military technical personnel, and air support, to perform maintenance on the High Arctic Data Communications System. The HADCS provides a critical communication link between CFS Alert and government centres in Ottawa since Alert is too far north to link it to communications satellites orbiting over the equator, says the Operation NEVUS website. (PHOTO BY LIEUT-NAVY CLAYTON ERICKSON)